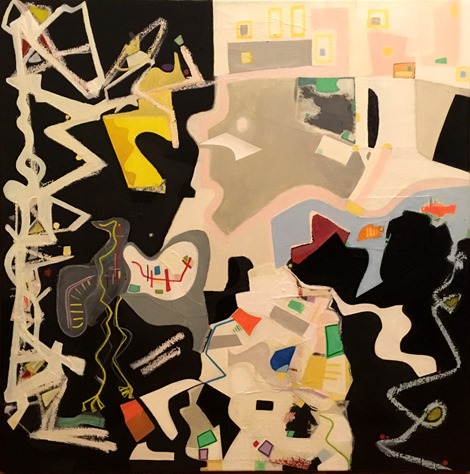 Nothing is as inevitable as change, but rarely has change been so rapid and tumultuous. From the environment and climate to industries and social systems, we live in a time of constant disorder. What is being lost, what is being gained and how do we survive these sudden and comprehensive upheavals?

Disruption – the new thematic series by Jersey City Theater Center (JCTC) – looks at the personal, social and political impact of the current era of disorienting change. Through visual arts, theatre, readings, performances and music, JCTC explores topics global in scope yet relevant to the community. The Disruption series examines how our current era of change is impacting individuals, communities and culture.

Disruption will not only be reflected in the array of art, and performances JCTC presents, but in several new developments this nonprofit arts organization has in store for audiences. Most prominently, Disruption will not only take place at Merseles Studios, in its black box theater and art gallery, but as part of the series JCTC will be presenting two shows at the adjacent White Eagle Hall, the first performances of any kind in this newly renovated, historical theater in more than 40 years.

While the current headlines and news feeds may seem like they’re disrupting many aspects of our lives, the series was actually in development long before the Trump era dawned. The environment and climate change was the original inspiration – and remain important aspects of the series – but as JCTC’s Creative Board further developed the theme – a process that includes evaluating proposals and incorporating the responses by artists – it became clear the real topic of the series should not be limited to ecological issues.

“What we discovered was that artists were thinking about disruption in ways we never anticipated,” said Levina. “This series explores how changes to the environment or society impact every day life. When we disrupt the environment, the environment strikes back and disrupts us. By exploring the cause and effect of Disruption, we see more clearly the connections we all share with each other and the universe.”

Hall hopes Disruption will not only encourage contemp1lation of the meaning of change, but be a call to action to affect positive change in society. Hall herself is donating her curator’s fee – derived from proceeds of Disruption art sales – to the Sierra Club.

“Now is the time in which everyone must use the tools that they have to address the political and cultural situation at hand—whether it be an individual’s phone call to a representative, or a city’s divestment from an unethical corporation,” said Hall. “The artists participating in Disruption are part of this transformative effort.”

The Disruption opening begins two months of events presented at Merseles Studios and White Eagle Hall. The series includes Proliferate by Nimbus Dance Works and Now I Know by James Judd, presented at White Eagle Hall, and at Merseles, “Anthology” by The Moving Architects, a woman-centric dance performance as well as new play readings, solo-shows and multimedia performances.