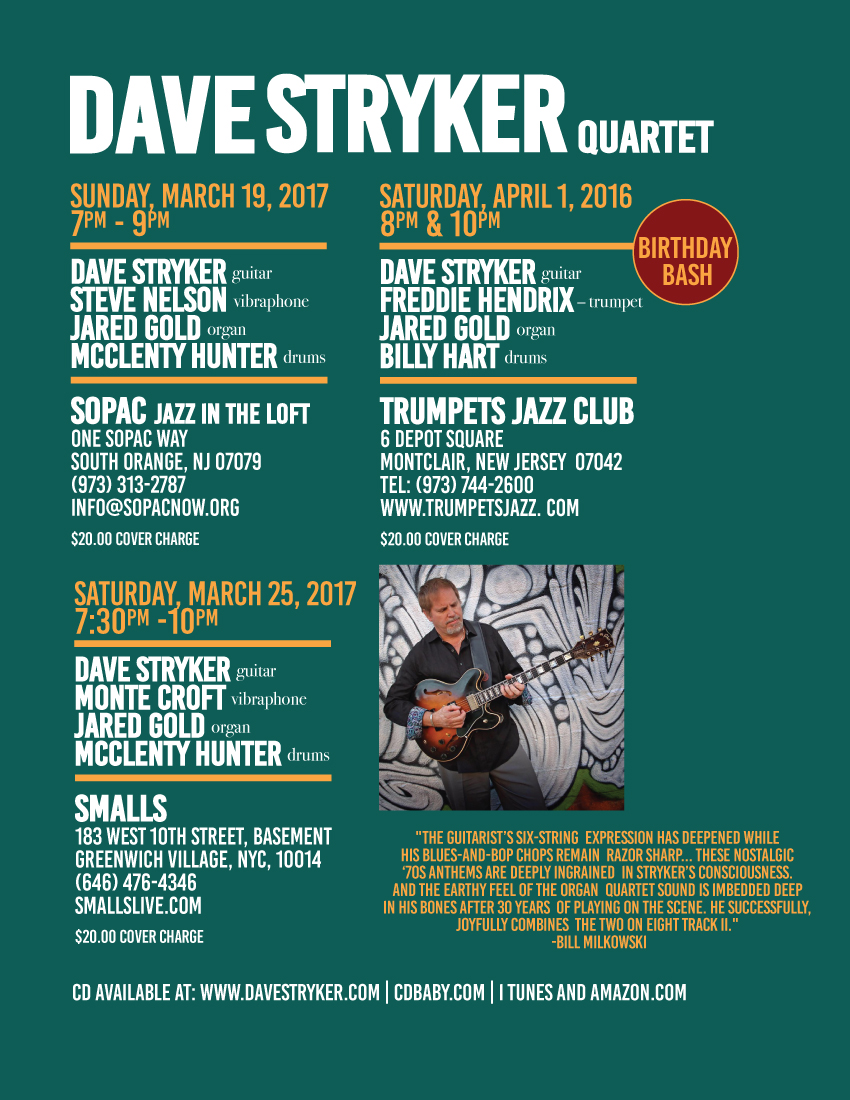 Whether you’ve heard guitarist Dave Stryker leading his own group (with 26 CD’s as a leader to date), co-leading The Stryker/Slagle Band, or as a featured sideman with Stanley Turrentine, Jack McDuff, and many others, you know why the Village Voice calls him “one of the most distinctive guitarists to come along in recent years.”

Dave was recently voted once again into the 2016 Downbeat Readers and Critics Polls. His latest CD “Eight Track II” has spent 20 weeks on the JazzWeek radio chart and was voted a Top CD of 2016 (4 Stars) in Downbeat.