ALMOST QUEEN WILL ROCK YOU AT THE NEWTON THEATRE 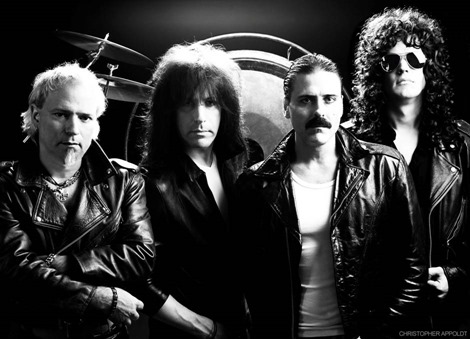 Almost Queen will perform all the hit songs from Queen, like We Will Rock You, Bohemian Rhapsody, We Are The Champions, Fat Bottomed Girls, Killer Queen, Somebody To Love and much more. They will rock the house with their musicianship, signature four part harmonies, genuine costumes, and special effects in a captivating, high-energy and ultimate Queen experience.

They succeed in blending the vocal layering and studio precision that is a signature of the original band with the energy and spectacle of a live stage production. Elaborate lighting, effects and costumes complete the package.

The showmanship on stage is reflected by the extensive resumes of the band members, who have toured with the likes of Thin Lizzy, Dee Snider, and Angel. Lead singer Joseph Russo (also piano), is also a veteran of the Broadway stage, and has performed in several Broadway tours throughout the world. He and the other Almost Queen members Steve Leonard (Guitar / Backing Vocals), John Cappadona (Drums / Backing Vocals), and Randy Gregg (Bass / Backing Vocals) flex all of their musical chops in proudly

The historic , NJ, was founded in 1924. Revitalized and fully renovated, Sussex County’s premier entertainment venue reopened in 2011 as a 605 seat capacity live performing arts center. With it’s rich history and diverse programming The Newton Theatre is essential to the buoyancy of New Jersey’s Skylands region. More information about The Newton Theatre may be found by calling 973-383-3700 or by visiting its website at www.TheNewtonTheatre.com.