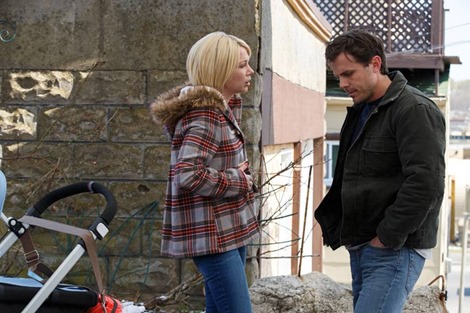 Manchester By The Sea

In Manchester By The Sea, the latest film from award-winning writer and director Kenneth Lonergan, the life of a solitary Boston janitor is transformed when he returns to his hometown to take care of his teenage nephew. The story of the Chandlers, a working-class family living in a  Massachusetts fishing village for generations, Manchester By The Sea is a deeply poignant, unexpectedly funny exploration of the power of familial love, community, sacrifice and hope.

After the death of his older brother Joe (Kyle Chandler), Lee Chandler (Casey Affleck) is shocked to learn that Joe has made him sole guardian of his nephew Patrick (Lucas Hedges). Taking leave of his job, Lee reluctantly returns to Manchester-by-the-Sea to care for Patrick, a spirited 16 year old, and is forced to deal with a past that separated him from his wife Randi (Michelle Williams) and the community where he was born and raised. Bonded by the man who held their family together, Lee and Patrick struggle to adjust to a world without him.

The historic Newton Theatre, located at 234 Spring Street in Newton, NJ, was founded in 1924. Revitalized and fully renovated, Sussex County’s premier entertainment venue reopened in 2011 as a 605 seat capacity live performing arts center. With it’s rich history and diverse programming The Newton Theatre is essential to the buoyancy of New Jersey’s Skylands region. More information about The Newton Theatre may be found by calling 973-383-3700 or by visiting its website at www.TheNewtonTheatre.com.