WHEN: Saturday, January 14, 28 at 8 PM and Sunday, January 22, at 2 PM
WHERE:  Sitnik Theatre of the Lackland Performing Arts Center, 715 Grand Ave., Hackettstown 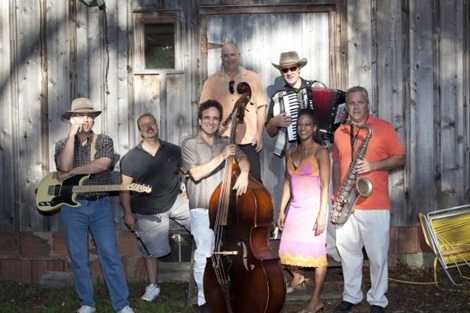 The HooDoo Loungers
WHEN: Saturday, January 14, at 8pm
TICKETS: $27.50 for adults and $17.50 for children under 12 in advance.  As with all concerts, jazz and special events ticket prices increase $5.00 on the day of the performance.

The HooDoo Loungers, a high energy nine-piece band, performs electrifying music inspired by the rhythms, sounds, history and spirit of New Orleans.  The band's sound encompasses traditional New Orleans Jazz, Brass Band, classic R&B and funk - a blend of original music and re-arranged New Orleans classics.  Since its formation in 2008, the HooDoo's have performed at numerous East Coast music festivals and concerts as well as performing at top music venues such as the Paramount Theater, The Stephen Talkhouse and B.B. Kings Blues Club. 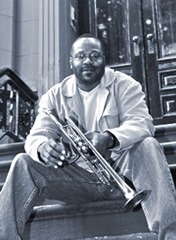 3hree for Louis: A Tribute to Louis Armstrong
WHEN: Sunday, January 22, at 2pm
TICKETS: $25.00 for adults and $17.50 for children under 12 in advance.  As with all concerts, jazz and special events ticket prices increase $5.00 on the day of the performance.

Trumpeter, composer, arranger, author Eddie Allen is one of the  more versatile musicians on the New York scene. He’s called upon to play everything from jazz to R&B/Pop to Latin to symphonic to Broadway, and everything in between.  Allen has worked with such jazz greats as; Art Blakey, Billy Harper, Randy Weston, Dizzy Gillespie, Henry Threadgill, Bobby Watson, Jon Faddis, Benny Carter, Panama Francis, Joe Henderson and Steve Turre.  He has recorded and performed with, as well as composed for: Louis Hayes, Lester Bowie, Jack McDuff, Etta Jones & Houston Person, Mongo Santamaria, Chico Freeman, Charli Persip, Vanessa Rubin and Muhal Richard Abrams.  Allen has performed in Broadway orchestras and authored an instructional method book while continuing to work as a freelance musician and clinician 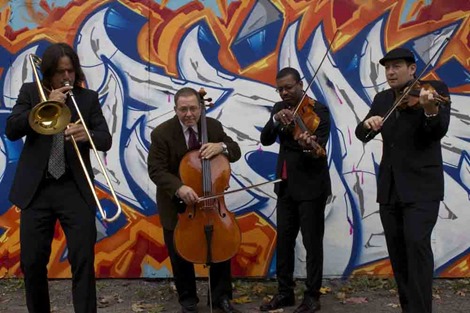 Sweet Plantain Quartet
WHEN: Saturday, January 28, at 8pm
TICKETS: $22.50 for adults and $17.50 for children under 12 in advance.  As with all concerts, jazz and special events ticket prices increase $5.00 on the day of the performance.

Artfully fusing the western classical traditions in which they were trained with the hip-hop, jazz improv, and Latin rhythms on which they were raised, their unique repertoire and live shows educate and entertain. Through original compositions and arrangements, and with their use of extended percussive techniques, Sweet Plantain awakens audiences to new possibilities in chamber music. Separately hailing from The Bronx, New Jersey, and Venezuela, together these musicians give voice to a sound that is contemporary, multicultural, and very New York.  Since 2007, Sweet Plantain has performed throughout the United States, Europe, Russia, and the Caribbean, ranging from concerts in Russia's historic Tchaikovsky Concert Hall to gigs at NYC's famed Birdland jazz club.

For more information or to purchase tickets visit centenarystageco.org or call the box office at (908) 979 – 0900.  The CSC box office is located in the Lackland Performing Arts Center at 715 Grand Ave. Hackettstown, NJ.  The box office is open Monday through Friday from 1 – 5pm and two hours prior to each performance.  Centenary Stage Company can also be found across social media platforms on Facebook, Twitter and Instagram.

The 2016-17 season of performing arts events at the Centenary Stage Company is made possible through the generous support of the Geraldine R. Dodge Foundation, the NJ State Council on the Arts, the Shubert Foundation, the Blanche and Irving Laurie Foundation, the Sandra Kupperman Foundation, and CSC corporate sponsors, including Premier Season Sponsor Heath Village Retirement Community, Silver Sponsors Hackettstown Regional Medical Center, Home Instead Senior Care (Washington), The Holiday Inn in Budd Lake, and Fulton Bank of New Jersey, and Centenary Stage Company members and supporters.