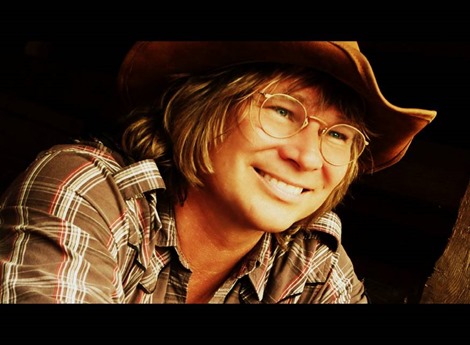 A John Denver Christmas!, starring Ted Vigil, is a heart-warming tribute which has become a holiday tradition at the Newton Theatre.

Celebrate the holidays with the beloved songs of the Rocky Mountain troubadour, featuring cherished songs such as Rocky Mountain High, Annie’s Song, Sunshine on My Shoulder and all of Denver’s hits, as well as some of the holiday season’s best loved songs. Vigil, whose remarkable physical and vocal resemblance to Denver, will charm the audience in this inspirational tribute to John Denver and his musical legacy!

Ted Vigil has always had a love of music and the stage. The Seattle native began singing for audiences at an early age, starting in the church folk band at eight years old, and continued singing in musical productions in high school. In 2006 Ted won the national title for "Talent Quest" in Laughlin Nevada, which prompted him to create his John Denver Tribute show.

Ted developed this tribute into a national act. He performs all over the country including the John Denver Festival and The CMA Fan Fair Festival in Nashville. In 2010 Ted performed with John Denver's lead guitarist Steve Weisberg, which became a highlight of his career.

His gift for music and his polished and energetic performing style have earned him many dedicated fans. The most common comments after his shows are, "I can't believe how much he looks and sounds like John Denver!"

Like Denver, Ted shares his passion for bringing people together with his music, drawing in audiences of all ages. His love for people, family, and communities working together for great causes, continue to be his main inspiration.