GET SET TO SOAR “IN THE HEIGHTS” @ MCCC 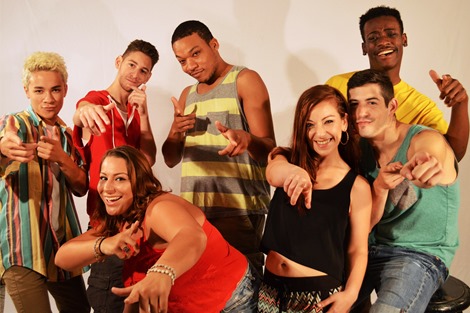 IN THE HEIGHTS
By Lin-Manuel Miranda

WHEN: Fridays, Oct. 14 and 21 at 8 p.m.; Saturdays, Oct. 15 and 22 at 8 p.m.; and Sundays, Oct. 16 and 23 at 2 p.m. A reception with the cast and crew follows the opening night performance on Oct 14.
WHERE: Mercer County Community College's (MCCC's) Kelsey Theatre Kelsey Theatre is located on the college’s West Windsor Campus, 1200 Old Trenton Road.
TICKETS: $20 for all
Purchase online at www.kelseytheatre.net or by calling the Kelsey Box Office at 609-570-3333.
Kelsey Theatre is wheelchair accessible, with free parking next to the theater.
For a complete listing of adult and children's events, visit the Kelsey website or call the box office for a brochure. 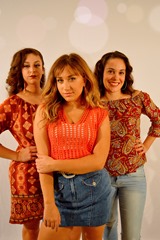 The Big Apple has never felt more like a small town than in Lin-Manuel Miranda’s hit musical “In the Heights.” (Above: Ensemble members include, back row, from left, Marshall McGuire, Christian Confalone, Shan Williams, and Donte Wilder; front row, from left, Kelsey Rivera, Ashley DiStefano DeAntonio and Robert Veith.)

“In the Heights” stars a group of neighbors – and the close-knit Washington Heights community they call home. It’s a community on the brink of change, full of hopes, dreams, and uncertainties. Set over the course of three summer days, the show centers around Usnavi, a bodega owner who looks after the aging Cuban lady next door, pines for the gorgeous girl working in the neighboring beauty salon, and dreams of winning the lottery so that he can return to his native Dominican Republic. Meanwhile, Nina, Usnavi’s childhood friend, has returned from her first year at college with unsettling news for her parents, who have spent their savings to build a better life for their daughter. Sharing the trials of a heat wave, a power failure, and the sudden death of a beloved neighbor, Usnavi and the other residents come to recognize what it truly means to be home. (Above, from left, Lorraine Perri as Daniela, Alexandra Cusumano as Vanessa and Brittany Rivera as Carla.)

Nominated for 13 Tony Awards in 2008, “In the Heights” was the winner of four: Best Musical, Best Original Score, Best Choreography and Best Orchestrations. It won a Grammy Award for Best Musical Show Album and was also nominated for the 2009 Pulitzer Prize for Drama. The show has toured extensively in the U.S. and abroad, where its universal message connects with audiences everywhere.

Says Pennington Players Director Kyrus Keenan Westcott, "We are thrilled to be bringing this show to the Kelsey stage. The music is fun, the dancing is intense, and the story will capture you from the opening note. Words cannot describe how excited I am for people to see this." 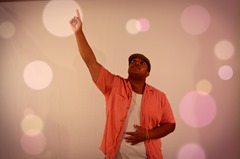