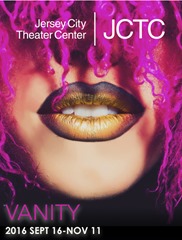 Once a vice, now a virtue, we live in a new era of Vanity, born at the crossroads of technology, narcissism and celebrity.

From September 16 to November 11, Jersey City Theater Center explores Vanity, a series that features 16 events, including a visual art exhibition, new play readings, film, a full-theater production, dance, performance art and The Box, a variety show like evening that concludes the series. Vanity not only is one of the most extensive JCTC series to date—showcasing dozens of artists—but perhaps its most topical. (Top: Mummy Dearest &  Hieroglyphics are companion pieces by  New  Jersey-based collage artist,  Luis Alves. Featured in the Vanity Art Show, the collages connect contemporary tabloid culture with Ancient Egypt’s infatuation with beauty. )

In a few short years, Social Media and what some call selfie-culture has rapidly spread from internet novelty to an essential part of the daily lives of nearly everyone—well everyone with a computer and/or smart-phone. At the same time, as exemplified by the presidential election, the public sphere seems dominated by debates not about issues and policies, but personality politics. Our culture has never been so obsessed with self, making Vanity a timely subject for JCTC to investigate. (Left: Selfie Joy by Jersey City based artist, Theda Sandiford, is a Mixed Media Assemblage, combining found materials and photography  that will be featured in the Vanity Art Show.)

“We use to judge others by the fruits of their labor, but now it seems who you are and what you do are only as valuable as the amount of likes your picture gets on Facebook,” said Olga Levina, Artistic Director, JCTC. “Why does everybody on Facebook seem to act like they’re celebrities? What does fame really mean these days? Even the presidential election seems more like a reality show about which candidate is more popular, and not about the issues and problems facing the world.”

JCTC was far from alone in pondering why the self has become so dominant in today’s culture. JCTC received dozens of proposals for Vanity from artists, performers and writers representing an array of disciplines, culminating in a dynamic, thought-provoking and wide-ranging series.

“It was surprising how many different artists were working on Vanity related pieces,” said Levina. “Our collaborations keep growing in number, and we continually find new artists and companies to partner with. Artists and performers know that the audiences who come to Jersey City are open-minded, they are eager to go along with them on their creative journey of discovery.” 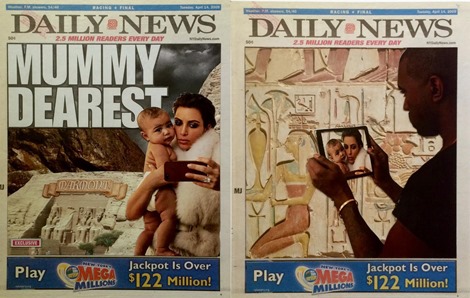 September 17, 7:00PM-10:00PM
New Play Reading – Miss Tennessee by Joe Sutton – A cautionary tale about the “tyranny of beauty,” the story follows a former beauty contestant winner who abandons her family to take up with a wealthy businessman when her youth slips away.($5 suggested donation).

September 29, 7:00PM-10:00PM
New Play Reading – Reality by Lia Romeo – Set against the background of a reality dating show, the play explores what “reality” really means in an age where it’s easy to fake everything from breasts to feelings. Followed by talk-back ($5 suggested donation)

September 30, 7:00 PM – 10:00 PM
October 1, 7:00PM-10:00 PM
How To Order A Chocolate Cake –Multimedia, experimental, interactive and bilingual performance by David Antonio Cruz based on Sonnets of Dark Love, by Garcia Lorca. The performance is a commentary on the visibility of the queer brown body in society.(Tickets: $18)

L’IMAGE – an evening of one act plays – Dead Language; Philena, The Lover of Mankind: M; B.A.B.Y. (Buy A Better You) –by George Cameron Grant & directed by Joy Kelly Talk-Backs 10/13 & 10/20 with Grant, Kelly and Florence Pape. Produced by Aqueduct Productions in partnership with JCTC. (Tickets: $18 online/$20 door)

November 10, 7:00PM-10:00PM’
JCTC-Books: Readings & Signings –We Are Dandy: The Elegant Gentleman Around the World by Nathaniel Adams –featuring author & Dandy authority, Adams, with photographer Rose Callahan -- who took their search for male elegance profiling dozens of men across four continents, (Free & Open to the Public)

Vanity begins with the Vanity Art Show opening, an exhibition in the art gallery at Merseles Studios curated by Lucy Rovetto, Visual Arts Coordinator, JCTC. The Vanity shows features 20 artists working in several different mediums. “Everything about our lives now seems on display in some form of media,” said Rovetto. “There’s no longer much difference between our private self  and public persona. Are we losing ourselves in what only looks like reality? Vanity in the truest sense of the word is all about the image, so maybe it make sense that this theme inspired visual artists, regardless of their medium.”

The Thumbs Up Project by Myssi Robinson, an interactive, multimedia installation that combines visual art, performance and living sculpture, will also be featured at the Vanity Art Show Opening.

Identity was also made possible through the generosity of Ben LoPiccolo Development Group, JCTC’s Board of Directors, private donors and local Jersey City businesses.