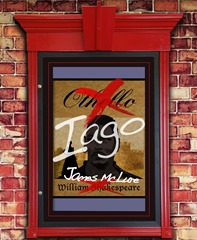 Backstage intrigue, romance, and scandal take place during rehearsals of the Shakespeare classic Othello, which serves as the backdrop for this comedic-drama. Three extraordinary actors at the top of their game along with a well-known director rehearse the passionate play as they whittle away at each other in this highly theatrical production.

James McLure (Playwright) was born in Alexandria, Louisiana and grew up in Shreveport where he was educated by Jesuits. He became interested in acting in high school, performing in Shakespearean plays. He obtained a BFA degree from Southern Methodist University in Texas, and subsequently studied at the Pacific Conservatory of the Performing Arts in Santa Maria, California. In addition to his work in the theatre, McLure wrote for the screen and television including Sangre starring Holly Hunter, Kingfish starring John Goodman and Reckless starring Aidan Quinn. He died at home in Marina del Rey from cancer in 2011. 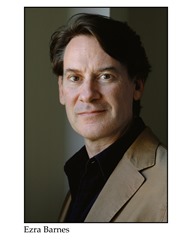 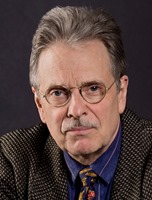 Liza Vann (Vivacity) From early days at La Mama, favorite Off-Broadway credits include Marietta Corsini in Machiavelli, the fabulous musical Good Ol’ Girls, Diane Greer in Poetic License, and the indomitable Bree Benson in The Road To Damascus. Most recently, she joined Ralph Macchio and Mario Cantone as Jean Morelli in the sold out run of Abingdon Theatre Company’s A Room Of My Own, a new comedy by Charles Messina. A recipient of the Clarence Ross Fellowship from the American Theatre Wing, she has performed extensively in regional theatre in roles as diverse as Chelsea in On Golden Pond, Hermia in Dead Man’s Cell Phone, Nicky in The Smell of the Kill, Myrtle Brown in Morning’s at Seven, and Miss Maudie in To Kill A Mockingbird. Iago marks her first appearance at New Jersey Rep, and she is most grateful to be a part of this extraordinary company, and this important play by the late James McLure. www.lizavann.com.