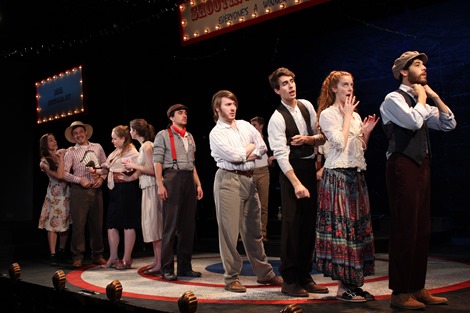 WHEN: June 16-19 and 23-26, with shows at 8pm Thursday through Saturday, and 2pm on Saturdays and Sundays
WHERE: Hamilton Murray Theater located on Princeton University’s campus.
TICKETS: $29.50 for general admission, $24.50 for students and matinees. We also offer season subscriptions for only $79 (a 30% discount!), which ensures a reserved seat for each of our four main stage shows this season. Subscriptions are available until Sunday, June 26th.
To order tickets, visit http://www.princetonsummertheater.org/tickets or call the PST box office at 1-732-997-0205.

Talkbacks will occur on Friday, June 17th with Assassins choreographer and assistant director Iñaki Baldassarre and after Saturday, June 25th's evening performance with Professor Stacy Wolf, Director of the Program in Music Theater at the Lewis Center for the Arts.

On Sunday, June 19th we will host our opening reception after the 2pm matinee performance, with delicious ice cream provided by Bent Spoon.