“This is a wonderful collaboration between our two community-minded organizations,” said Dominic Roncace, bergenPAC CEO. “With the support of Westfield Garden State Plaza we can further our mission of bringing live performing arts and arts education to our whole community. This is an exciting time for bergenPAC and we are thrilled that Westfield Garden State Plaza is joining our efforts to reach everyone.”

Also included as part of the “Westfield Garden State Plaza Concert Series” is Toad the Wet Sprocket and Rusted Root. Toad the Wet Sprocket have made 5 studio albums which sold over 4 million copies, had 5 major hits including "All I Want," "Walk On The Ocean."  Having collaborated with one another for two decades, Rusted Root, has honed the perfect combination of musical intuition, freedom and virtuosity, which has allowed them to organically shape shift their music into their own distinct and undeniable vision.

Rounding off the series are the following exciting shows:

A double bill of classic rock, featuring Tommy James (“Mony Mony,” ”Crimson and Clover,” “I Think We’re Alone Now”) and Felix Cavaliere of The Rascals (“Good Lovin’” “A Beautiful Morning,” “People Got To Be Free”). The music of Tommy James is heard continuously, every day, in every country in the world.  For legendary singer songwriter, Felix Cavaliere, making people feel good is primary to his illustrious 50-year career. 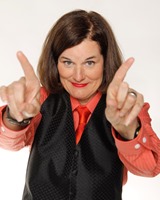 32 years ago Paula Poundstone climbed on a Greyhound bus and traveled across the country—stopping in at open mic nights at comedy clubs as she went.  She went on to become one of our country’s foremost humorists. You can hear her through your laughter as a regular panelist on NPR’s #1 show, a rascal of a weekly news quiz show, "Wait Wait…Don’t Tell Me".

After more than three decades together, 38 Special continue to bring their signature blast of Southern Rock to over 100 cities a year. Thousands of audience members are amazed by the explosive power of the band's performance.  Best known for their hits, “Hold On Loosely,” “Rockin’ Into the Night,” “Caught Up in You,” and more – timeless hits that remain a staple, immediately recognizable from the first opening chord.

Bret Michaels is a multi-platinum global superstar who has turned his passion for music into a multi-faceted brand that encompasses record breaking touring sales. Michaels first rose to fame as the frontman of Poison. As one of rock's most iconic and enduring bands, Poison defined the fast, gritty, and glamorous rock 'n' roll scene. Bret’s solo career has charted its own course with numerous solo albums. 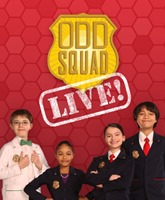 Attention Odd Squad fans, something very odd has happened in your home town. Ms. O needs you to team up with Odd Squad agents in this live, interactive adventure to solve an exciting case. There will be gadgets! There will be villains! There will be music! There will be comfortable seats, but you’ll only need the edge… because, frankly, it’s bad for posture to sit all the way back. Well, what are you waiting for? Go!

“We are excited to move into the next phase of our partnership with this concert series,” said Brian Gaus, Westfield Garden State Plaza Senior General Manager. “We are proud to be a part of this special opportunity to help support bergenPAC’s non-profit mission to bring the live performing arts to our community.”

Westfield Garden State Plaza is the ultimate destination for fashion, dining and entertainment in the NY/NJ metro area offering the best selection of brands in every retail category, and is renowned for delivering cutting edge, new retail concepts to market.  Just minutes from Manhattan in Paramus, N.J., millions of shoppers each year enjoy an unparalleled shopping and dining experience, complete with personalized services and amenities.  For more information, call 201-843-2121 or www.facebook.com/gardenstateplaza or www.westfield.com/gardenstateplaza.