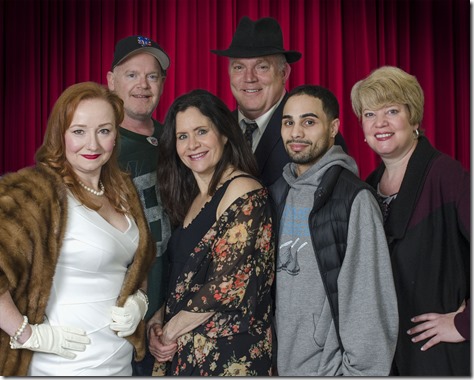 WHEN: Saturday, June 4, at 8 pm, and Sunday, June 5, at 2 pm.
WHERE: Little Firehouse Theatre, 298 Kinderkamack Road in Oradell
TICKETS: $11 for all performances, and can be purchased online at www.bcplayers.org, by calling 201-261-4200 or by visiting the box office at 298 Kinderkamack Road in Oradell during regular box office hours. Visa, Master Card and American Express are accepted.
Parking is free at the Park Avenue municipal lot, across the street, one-half block north of the theatre.

Within the ranks of the Bergen County Players are some amazingly talented writers, some of whom have already had plays published and performed. “An Evening of One Act Plays” presents 5 plays that cover a wide spectrum of entertaining and thought-provoking subjects. This is a unique opportunity to experience a series of extraordinary and new plays in an intimate setting.

Burping the Baby by Eileen Deutsch, is a short comic piece about a man and a woman struggling mightily to entertain the audience, a.k.a. "The Baby" with a variety of tactics.

Remember Love by Elaine Davis is about two sisters struggling to agree on what to do with their aging mother, who has memory issues.

Tim Eless: Private Eye by Stephen Kaplan is about whether a private eye with a short memory can handle a case brought by a leggy femme fatale.

A Room Forever by Lisa Dahlborg is about a son that finds his mother after many years. Has her “profession” made her children who they are?

Flood Insurance by John Kiely is a brief snapshot of the damage to people’s lives by Hurricane Sandy.

300 volunteer members, working on and off stage, make possible the nine productions presented each season.