Are you a fan of Alec Baldwin’s Here’s the Thing podcast on NPR? Here is a special offer for you: 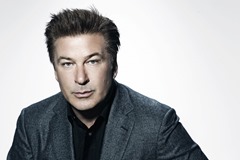 RECORDED LIVE FOR “HERE’S THE THING,” A PODCAST HOSTED BY
ALEC BALDWIN AND PRODUCED BY WNYC STUDIOS

WHEN: MONDAY, JUNE 20, AT 8PM
WHERE: Two River Theater, 21 Bridge Ave., Red Bank
TICKETS: Tickets ranging from $75-$350 are on sale now from 732.345.1400 or www.tworivertheater.org; $350 tickets include an exclusive pre-show reception with the artists beginning at 6:30 pm and premium seats in the Rechnitz Theater. Other benefits of sponsorship include donor recognition on event materials and reserved parking. All proceeds support Two River Theater’s programs. 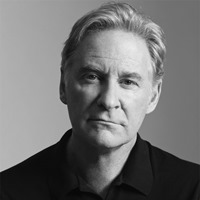 WNYC Studios’ “Here’s The Thing” is a podcast series of intimate and honest conversations hosted by Alec Baldwin. Baldwin talks with artists, policy makers and performers—to hear their stories, what inspires their creations, what decisions changed their careers, and what relationships influenced their work. For more information, visit http://www.wnyc.org/shows/heresthething/.

Two River Theater, under the leadership of Artistic Director John Dias and Managing Director Michael Hurst, creates great American theater performed by award-winning artists. We produce American and world masterpieces, and new plays and musicals. Two River Theater offers new-play commissions and artistic development activities that support the most adventurous artists in the American theater; invites its audience to be part of the creative process through readings and open rehearsals; and cultivates students and young people to participate in innovative arts-education programs and become a new generation of theatergoers. Founded in 1994 by Joan and Dr. Robert M. Rechnitz, Two River Theater is easily accessible by car, train, or bus, with great restaurants and shopping within walking distance of the theater. For more information, visit tworivertheater.org or call 732.345.1400.