The arts and culture thrive at Rutgers University-Newark, with a diverse palette of special  events, many free, over the next few months.  Here are some to choose from. 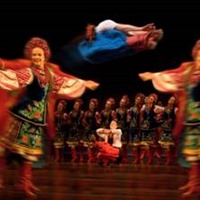 Wednesday, May 4, 2:30 p.m., on-campus concert (exact location to be determined). “Mass in G” by Franz Schubert with strings and organ, as well as other choral favorites to celebrate the legacy of Dr. John Floreen. Free admission.

Sponsored by the Rutgers Institute of Jazz Studies.  All talks are held in the John Cotton Dana Library, Dana Room, from 7-9 p.m.  (free admission) 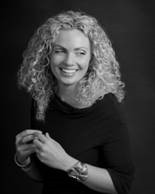 March 8
Poet Nickole Brown, author of  Fanny Says, a collection of poems; her debut, Sister, a novel-in-poems published by Red Hen Press in 2007; and an anthology, Air Fare, that she co-edited with Judith Taylor. She is an assistant professor at University of Arkansas at Little Rock; nickolebrown.com 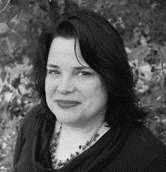 March 8
Elizabeth McCracken is the author of five books: Here’s Your Hat What’s Your Hurry (stories), two novels, The Giant’s House and Niagara Falls All Over Again, and the memoir, An Exact Replica of a Figment of My Imagination. Her most recent book, Thunderstruck & Other Stories, won The Story Prize in 2015.

She holds the James A. Michener Chair in Fiction at the University of Texas, Austin.

April 14
Poet Claudia Rankine is the author of Citizen: An American Lyric; Don’t Let Me Be Lonely; Plot; The End of the Alphabet; and Nothing in Nature is Private. Citizen: An American Lyric, the first book ever to be named an NBCC finalist in both the poetry and criticism categories, won the 2015 National Book Critics Circle Award for Poetry. In 2014 she was a National Book Award Finalist, and received Poets & Writers’ Jackson Poetry Prize. Her work is included in several anthologies, including Great American Prose Poems: From Poe to the Present; Best American Poetry 2001; Giant Step: African American Writing at the Crossroads of the Century; and The Garden Thrives: Twentieth Century African-American Poetry. 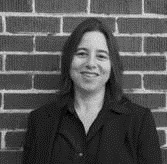 Sarah Schulman, a novelist, historian, playwright, and gay rights activist, is the author of numerous novels, including The Sophie Horowitz Story; Girls, Visions and Everything; After Dolores (winner of the American Library Association Stonewall Book Award); People In Trouble;, Empathy; Rat Bohemia; Shimmer; The Mere Future; and The Child. Her journalism includes My American History: Lesbian and Gay Life During the Reagan/Bush Years and Stagestruck: Theater, AIDS, and the Marketing of Gay America (winner of the Stonewall Award); The Gentrification of the Mind: Witness to a Lost Imagination; and Israel/Palestine and the Queer International. Her new novel, The Cosmopolitans, set in Greenwich Village in 1958, is forthcoming from Feminist Press in 2016.