WHEN: March 20, 2016 at 7pm
WHERE: SOPAC, 1 SOPAC Way, South Orange (behind the train station)
TICKETS: The reading is $15 and open to the public.
Tickets can be purchased at the SOPAC box office, www.sopacnow.org, or by calling 973-313-ARTS (2787). For direct link to purchase tickets, please Click Here.

In BLINK, a brilliantly funny and achingly powerful new play by GLAAD Award-winner Kate Moira Ryan (The Beebo Brinker Chronicles, Cavedweller, 25 Questions for a Jewish Mother), Daisy and Truman are a promising young couple, just getting a foothold with careers in the New York theater. Though they don’t always agree about wedding planning or parenthood, they are very much in love as they set out to live their lives happily ever after. But shortly after their big day, an unexpected diagnosis threatens to short-circuit their plans, and they must confront agonizing choices about love, loss, family, and how we spend our limited time. 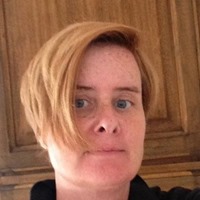 Kate Moira Ryan's adaptations include The Beebo Brinker Chronicles, written with Linda S. Chapman and based on Ann Bannon's Lesbian Pulp novels from the 1950s, produced off-Broadway by Lily Tomlin and Jane Wagner. (Winner: GLAAD Award and published by DPS). Other adaptations include Cavedweller, based on the New York Times bestselling novel by Dorothy Allison, and produced by New York Theatre Workshop, directed by Michael Greif. Other work includes 25 Questions for a Jewish Mother, written with and for Judy Gold, which ran for a year and a half off-Broadway and had a three year national tour. (Winner: GLAAD Award; a book based on the play was published by Hyperion and nominated for the Quill Award.) The Judy Show, also written with and for Judy Gold, was produced at Theater J, Williamstown, DR2 (Union Square), and the Geffen Playhouse. Kate has received numerous fellowships, including Alfred P. Sloan, Ensemble Studio Theatre, Sundance Institute, Trust for Mutual Understanding (Russia), MacDowell, Yaddo, and the Center for International Theatre Development. An alumna of New Dramatists, she received her MFA in Playwriting from Columbia University and started her career with the Young Playwright's Festival.

About Theater in the Loft
Midtown Direct Rep’s Theater in the Loft is a series of readings of new plays and musicals in development presented on Sunday evenings in the Loft at South Orange Performing Arts Center (SOPAC). With a cash bar and lively post-show discussions with the cast and creative team,  Theater in the Loft readings foster a fun and collaborative environment to be a part of the development of vital new works. Many of the shows presented through Theater in the Loft have gone on to major productions off-Broadway, in regional theaters, and beyond. The series focuses on scripts that reflect the complexities of a uniquely diverse community that can be cast significantly from the MDR ensemble.

This program is made possible in part by funds from the New Jersey State Council on the Arts/ Department of State, a partner agency of the National Endowment for the Arts and administered by the Essex County Division of Cultural and Historic Affairs.