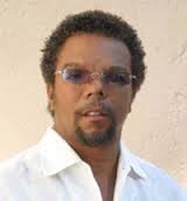 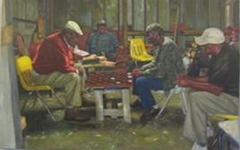 The artist Alonzo Adams;  Oils by Alonzo Adams: Biggest Fan; Triumph; I am the N word; The Match. 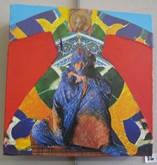 Born in 1961 in Harlem, NY and raised in Plainfield, NJ, Alonzo Adams' passion for art was nurtured from the streets of Plainfield to the country roads of North Carolina and enriched by trips to France and Spain. He was inspired by such greats as Charles White, Henry O. Tanner, L’Hermitte, John Singer Sargent and Rembrandt.  Adams credits artist David Driskell with mentorship early in his career which helped define his ultimate direction and goals as an artist. With over 25 years as a professional award-winning artist, Adams hold a BFA from Rutgers, an MFA from University of Pennsylvania and had additional training at the Ducret School of the Arts and the Pennsylvania Academy of Fine Arts. One of the first African American artists to become an Absolut Artist, Adams was featured in the Black Romance exhibit at the Studio Museum of Harlem and three of his original oils were auctioned at Sotheby’s, with phenomenal response. He was also one of the first inductees into the Rutgers African American Alumnae Association Hall of Fame. His work is in various museum and private collections including that of Maya Angelou. Additionally, numerous publications have featured articles on Adams, including Art Business News, Black Enterprise, Images Magazine, Upscale Magazine and ESPN Magazine.

Previously, he served on the board of Plainfield NJ’s Ducret School of Art. He resides in Plainfield with his wife and two sons. 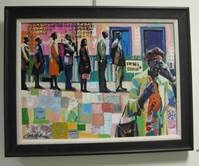 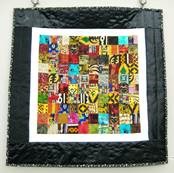 Art in the Atrium’s annual exhibition is the largest of its kind in the state. “It really helps to expand people’s idea of what African-American art can be,’’ says Craig. “We have works in all mediums and genres. It’s not just figurative paintings with a mask in them.’’ The non-profit organization, Art in the Atrium, began in 1992 after Victoria Craig’s husband, attorney Charles Craig, noticed that no art works exhibited in the Morristown administration building were by African-American artists. Dedicated to exhibiting works by emerging and established black artists, Art in the Atrium is a nonprofit volunteer organization whose annual exhibit at the Atrium Gallery is now the largest of its kind in New Jersey, growing from a single floor to currently occupying 4 full floors of the County Administration & Records Building. Art in the Atrium has also expanded to include seminars, jazz brunches, collectors’ workshops and cosponsored artist residencies in the Morris School District, benefitting 200 to 500 students each year. It also awards an annual scholarship to a student artist, whose work is often exhibited in the show. For more information, visit www.artintheatrium.org.

The exhibition is made possible in part by funds from Morris Arts through the New Jersey State Council on the Arts/Department of State, a Partner Agency of the National Endowment for the Arts.

Morris Arts, located in Morristown, NJ, is a not-for-profit organization founded in 1973 and dedicated to building community through the arts. Using the arts to inspire, connect and engage, Morris Arts serves as a resource for Morris County with a special focus on arts programming in the community and in schools, arts advocacy, and support of the Morris area community of artists and arts organizations.