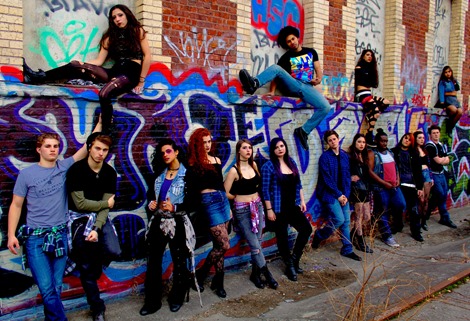 The New Jersey School of Dramatic Arts Encore Theatre presents AMERICAN IDIOT! Green Day's powerhouse album is brought to life in this electric-rock musical of youthful disillusion. The two-time TONY Award-winning hit musical Green Day's American Idiot, based on the GRAMMY Award-winning multi-platinum album, boldly takes the American musical where it's never gone before. This high-octane show includes every song from Green Day's album American Idiot, as well as several songs from follow-up release, 21st Century Breakdown. Johnny, Tunny and Will struggle to find meaning in a post-9/11 world. When the three disgruntled men flee the constraints of their hometown for the thrills of city life, their paths are quickly estranged when Tunny enters the armed forces, Will is called back home to a...ttend familial responsibilities, and Johnny's attention becomes divided by a seductive love interest and a hazardous new friendship. A high concept, energy-fueled rock opera with strong messages and an amazing cast.

The show is directed and choreographed by Alex Perez, Alex is a Member of AEA, SAG-AFTRA, and SDC (Stage Directors and Choreographers).

The musical direction is by Charles Santoro (Musical Director/Piano Conductor). Currently, Mr. Santoro teaches, composes, arranges, and orchestrates for an assortment of shows and events in the NJ and NYC area.

Founded in 2004, the New Jersey School of Dramatic Arts (www.njactors.org) in Bloomfield, NJ has provided comprehensive professional acting training for adults, teens and children. More than 3,000 students, some of whom have gone on to pursue professional acting careers, have taken classes at the school since it opened its doors eleven years ago.