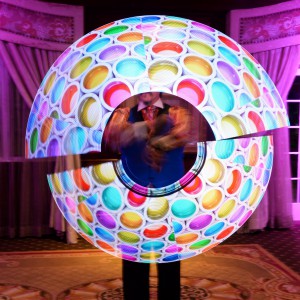 December 31, 2015 marks the 24th year for New Jersey’s biggest and brightest New Year’s Eve family-friendly, alcohol-free celebration of the arts—with nearly 200 artists, over 85 events in 24+ venues—representing dance, theatre, music, world cultures, visual arts and children’s events.  For all 24 years, Morris Arts has served as First Night’s artistic programmer, securing topflight talents who attract thousands of people from throughout the state and beyond. 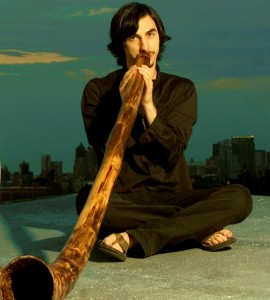 More than half the program features new artists (or artists returning after several years), many of whom have performed at top venues (the White House, Carnegie Hall, Lincoln Center, Madison Square Garden), won international recognition, performed on national radio/TV, in major films and/or collaborated with superstars of performing arts. On that night, for a remarkably affordable price ($17.50-$25!), one can experience everything from classical chamber music to the Australian aboriginal didgeridoo! (right)

A hallmark of First Night Morris County and perhaps one of the core reasons for its longevity and appeal is the high quality of talent on the program.  This year’s roster is no exception, with outstanding performers representing multiple artistic genres. Since its inception 24 years ago, First Night Morris has partnered with Morris Arts, working first with Carolyn Ward and, for the last nine years, with Dr. Lynn Siebert, to program the artists for this unique event.

ROCK: In the world of classic rock, The British Invasion Tribute band opened for Ringo Starr and presents meticulous, note-perfect performances of music from The Beatles to The Beach Boys. Individually and collectively, band members have performed with Eric Clapton, Bon Jovi, Southside Johnny and the Asbury Jukes – at the Stone Pony, on the Tonight Show and on Late Night with David Letterman. 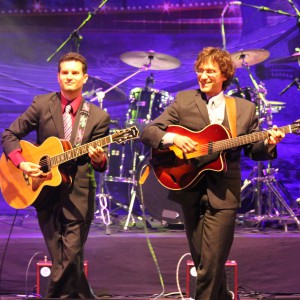 Another consummate jazz musician who has performed at Lincoln Center, Carnegie Hall and NJPAC, Rio Clemente, the “Bishop of Jazz,” holds his audiences spellbound with the sheer brilliance of his improvisations and his unique fusions of classical passagework and jazz. His Juilliard training blends magnificently with his inexhaustible improvisatory talents. 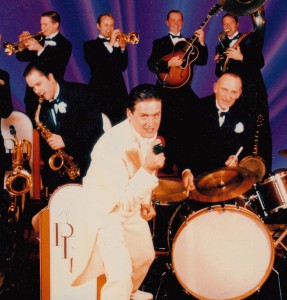 POP: Bridging the worlds of jazz and pop, James Langton marks the centennial of “old blue eyes” with his Salute to Sinatra at this year’s First Night. Internationally renowned as a re-creator of big band swing, Langton led the storied Pasadena Roof Orchestra, and also leads his New York All-Star Big Band, which performs at such top venues as NY’s legendary Rainbow Room atop Rockefeller Center. At First Night, his witty and sophisticated style will swing new life into Sinatra’s standards—backed by his first rate jazz trio. 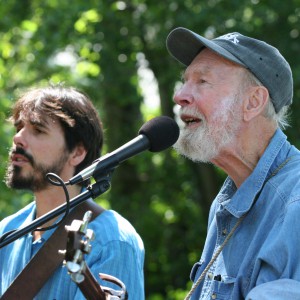 FOLK:  Or, if folk music is more your style, Spook Handy’s Remembering Pete Seeger is like a fine vintage wine. With over 50 performances alongside Pete Seeger, Spook learned Pete’s songs and stories firsthand and is now on a three-year Remembering Pete Seeger World Tour, sharing Pete’s musical legacy in all 50 US States, all 13 Canadian provinces and territories, all NJ counties as well as internationally. Spook was named “Best Folk Artist” by Upstage Magazine, Gannett New Jersey, The Courier News, The Home News and About.com.

And, speaking of originality, the Sweet Plantain Quartet gives a whole new meaning to the classical string quartet. Bridging the genre and generational gap, they’ve toured Russia, played at Birdland, collaborated with Grammy award-winning composers, performed with John Faddis, Tito Puente, Marc Anthony, Billy Joel, Alicia Keys and Smokey Robinson among others and trained at top conservatories. Artfully fusing western classical traditions in which they were trained with extended percussive techniques and the jazz improvisation, hip hop and Latin rhythms on which they were raised, these virtuoso musicians (from the Bronx, NJ and Venezuela) are at once contemporary, urbane, multicultural and truly fascinating. 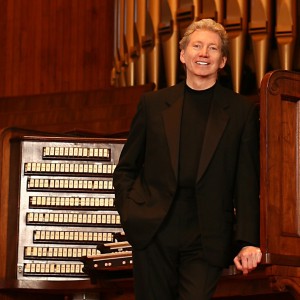 Organist Gordon Turk has concertized with principal instrumentalists of the NY Philharmonic, the Philadelphia Orchestra as well as with folk singer legends Peter, Paul & Mary while the sextet  Solid Brass Lite includes musicians who have performed at Lincoln Center (with the Metropolitan Opera, the NYC Ballet), on Broadway, recorded and toured internationally, appeared on PBS-TV and received NEA grants for their work.

WORLD CULTURES: The unique, award-winning multi-ethnic performance group, Féraba explores the universal language of rhythm and fuses traditional sounds and movements of West Africa with American tap dance, hip hop and jazz. The group has performed on international radio and TV, at Lincoln Center, Town Hall and venues throughout USA, Europe and West Africa. Fabled dancer Gregory Hines stated, “I am so impressed. I have never seen anything like this!”

Our audiences can also enjoy the rare opportunity to hear the distinctive Norwegian Hardanger fiddle played by the world-class proponent, Dan Trueman, a Princeton professor, composer, performer and recipient of Guggenheim and MacArthur “genius” grants. Trueman performs traditional Norwegian music on this rare, unusual instrument and explores how its sound has spread to Ireland and the USA.

THEATER: From the Late Show with David Letterman to being hand-picked to open for Jerry Seinfeld at the Gotham Comedy Club, award-winning comedian Jon Fisch was featured on Celebrity Apprentice and is a staple of the NYC comedy scene, performing regularly at the Gotham Comedy Club, The World Famous Comic Strip Live, Comedy Cellar and Broadway Comedy Club.
Called a “self-contained Capitol Steps” and “the Jon Stewart of music,” musical satirist John Forster and songs have been featured on NPR’s “Morning Edition,” collected on a duet album with Tom Chapin, and recorded by Judy Collins, Roseanne Cash, Christine Lavin and Cissy Houston, among others. Praised by the legendary musical satirist Tom Lehrer, John is also a prolific Broadway theater writer and four-time Grammy nominee whose fierce and original musical satire will keep you laughing.

Other top theater talents include The Story Pirates and Slam in the Schools/The Mayhem Poets. Called “crazy entertaining” by Jon Stewart and featured on Stewart’s Daily Show and on Conan O’Brien, The Story Pirates, whose professional actors and musicians are drawn from Second City and other renowned improv troupes, are irrepressible as they act out hilarious and often improbable stories written by real kids.

At once poignant and hilarious, Slam in the Schools/The Mayhem Poets have been dubbed “an amazing ride” by the NY Times. This theater trained, comedically gifted trio blends hip hop, theater, improv and stand-up comedy, performing on The Today Show and Eyewitness News after winning 1st place and a grant for $100K in the Microsoft Idea Wins Challenge.

DANCE: Seen on David Letterman, MTC, A&E Showtime, Just for Laughs, on tour in North and South America, Europe and the Middle East and by over a billion TV viewers around the world, the extraordinary, award-winning dance troupe Galumpha combines stunning acrobatics, striking visual effects, physical comedy, experiments in “human architecture” and inventive choreography, creating a world of imagination, muscle and merriment and consistently bringing audiences to their feet.

Celebrating 42 years of engaging and building community through the arts.
The New Jersey State Council on the Arts has awarded Morris Arts a “Citation of Excellence” and designated it as a “Major Service Organization” in recognition of its “solid history of service excellence, substantial activity and broad public service.”
Posted by Ruth Ross at 2:53 PM