Premiere Stages at Kean University will present the winner of its 2015 Play Festival, The People Before the Park. This moving new play tells the story of Seneca Village, the 19th-century African-American community removed by eminent domain to create New York City’s world-renowned Central Park. Selected from over 440 submissions as the winner of the Play Festival, an annual competition for unproduced scripts by area playwrights, The People Before the Park received a developmental reading in March, and immediately struck a chord with audiences unfamiliar with the plight of Seneca Village.

“The People Before the Park is a fascinating play about the original melting pot of Manhattan,” said John J. Wooten, who helms the production. “After seeing the play, a patron’s visit to Central Park should be significantly more intriguing.” 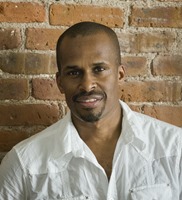 Playwright Keith Josef Adkins is the co-founder of The New Black Fest, a theater organization dedicated to new and provocative playwriting, music and discussion from the African Diaspora. His plays include Pitbulls, which received its world premiere at Rattlestick Theater in New York, and Safe House, which received its world premiere at Cincinnati Playhouse in the Park and was produced at Repertory Theatre of St. Louis earlier this year. His works have also been produced and/or developed at the Public Theater, LaMaMa, Lark Play Development Center, Epic Theatre Ensemble, New York Theater Workshop, Alliance Theater, Hansberry Project, and the Bay Area Playwrights Festival, among others.

Producing artistic director John J. Wooten has developed, directed and produced numerous new plays at Premiere Stages, including The Beautiful Dark, The Good Counselor and Follow Me to Nellie’s, all of which were honored by the American Theatre Critics Association and were subsequently produced. 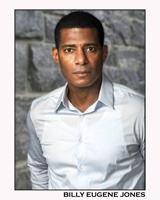 Premiere’s stellar cast includes W. Tré Davis, recently seen Off-Broadway in Hamlet (The Public), Zooman And The Sign (Signature Theatre Co.), and Airborne (EST); Bridget Gabbe, seen on television in Unbreakable Kimmy Schmidt (Netflix), The Following (FOX), and Blue Bloods (CBS); Billy Eugene Jones (right), who has appeared in the Broadway productions of The Trip to Bountiful, The Big Knife, The Mountaintop, Passing Strange, Radio Golf, Gem of the Ocean, and A Raisin in the Sun; Shane Taylor, whose distinguished regional credits include the Williamstown Theatre Festival, Actor’s Theatre of Louisville, and Luna Stage in West Orange; Andy Truschinski, recently seen in the Broadway production of The Heidi Chronicles and the National Tour of War Horse; and Michelle Wilson, who was in Follow Me to Nellie’s at Premiere Stages, and whose New York credits include A Raisin in the Sun (Broadway) and Detroit '67 (Public Theater/Classical Theatre of Harlem).

Tickets are also available for Premiere Stages’ exclusive The People Before the Park Opening Night Party on Friday, September 4th. This event features a pre-show party with wine and hors d’ oeuvres at the four-star farm-to-table restaurant Ursino, admission to the performance, and a post-show champagne toast and dessert reception with the cast. Tickets for this exclusive event are just $55.00, and may be purchased by calling 908-737-7469.

All Premiere Stages facilities are fully accessible spaces, and companion seating is available for patrons with disabilities. Assistive listening devices and large print programs are available at all times; publications in alternate formats are available with advanced notice. Please call 908-737-4092 for a list of sign-interpreted, audio-described or open-captioned performances. For more information, please visit Premiere Stages online at www.kean.edu/premierestages.