In anticipation of Opening Day and the resumption of public tours April 1st, Liberty Hall Museum has announced it will offer a full slate of seasonal and special events throughout the month of March, as well as introduce an ambitious new initiative this summer: the Liberty Hall Museum Community Farmers Market. 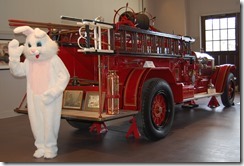 Liberty Hall’s signature seasonal programming features its much-beloved Easter Egg Hunt on Saturday, March 30. In this popular annual event, children explore the breathtaking grounds of Liberty Hall, searching for plastic Easter eggs hidden throughout the landscape and stuffed with delicious holiday treats. In an effort to avoid overcrowding, the Museum will offer two sessions this year: 10:00 AM – 11:30 AM and Noon – 1:30 PM. Each session costs $8.00 for one child and one adult; additional children are $5.00 each, and additional adults $4.00 per person. 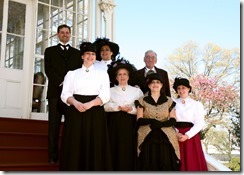 Museum staffers, who have been deluged by requests for reservations, say they will continue to add dates in order to accommodate everyone who has been unable to secure a spot thus far. “We have been getting messages non-stop about the brunches,” said Museum Educator Lacey Bongard. “We don’t want to turn anyone away.” (Above, left: The staff of Liberty Hall Museum will conduct tours in reproduction early-20th century clothing this spring, in keeping with the current exhibit, Ring for Service: The Role of Servants in a Country House, examining the lives of servants in the Kean home in the early 1900s.) 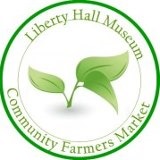 The Museum has also announced preliminary details for an exciting new community venture, the Liberty Hall Museum Community Farmers Market. Beginning in June, the Museum will host a weekly Community Farmers Market every Thursday through November. The Market is supported by a grant from The 1772 Foundation, which seeks to preserve architectural and cultural history for future generations through various restoration projects; in fact, The 1772 Foundation’s name is a direct reference to the first restoration the Foundation completed: Liberty Hall, originally built by Governor William Livingston as a residence in the year 1772. Kean alumni Susan De Pauw will serve as Market Manager for the new initiative, whose stated mission is to educate the community about local food, farming and agriculture. 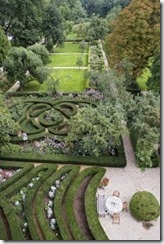