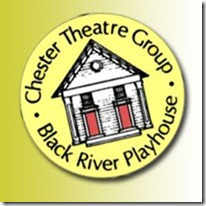 Urinetown: The Musical
By Mark Hollman (music and lyrics) and Greg Kotis (book and lyrics)
Directed by Clifford Parrish
Choreography by Megan Ferentinos

Don't let the title scare you off, If you love musical theater and off-beat humor, this show will make you laugh until you ... er, laugh your head off! It is about a town facing a water shortage where the government has banned private toiletries, and the citizens must use pay-to-pee toilets regulated by a monopolistic company, the Urine Good Company, which charges exorbitant prices.

Do the citizens rebel? You betcha! The play not only pokes fun at local government, but, also the Broadway musical itself as a form.The show played on Broadway for  965 performances and won two Tony's (Best Musical Score and Best Book).

Since Urinetown is a musical comedy satirizing a country in which the shortage of water requires everyone to “pay to pee,” the cast and crew of  Urinetown have developed a special humanitarian project dubbed, Pennies for Potties. Named by cast member Roxanna Wagner (left), who is heading up the effort, the money will be donated to the international nonprofit organization, Foundation for Peace, based in Ironia, NJ.

The Foundation for Peace has provided much-needed emergency care to many materially impoverished countries. They are currently working tirelessly in Haiti by building schools, providing medical care and, most importantly, building water filter and purification systems and latrines to stem the outbreak of cholera. Coin drops will be placed at the public rest rooms in the theater through the run of the show. It takes $400 to build a latrine and the Urinetown folks are hoping to collect enough money to build two latrines.

For more information about Foundation for Peace, go to http://www.foundationforpeace.org/