Tickets are on sale for Harmonium Choral Society’s Open Hearts Events, the first weekend in June to celebrate music, diversity, love, and acceptance with two concerts, the NJ premiere of the documentary Pieces of Us, and a catered dinner and reception with featured guests: HRH Prince Manvendra Singh Gohil from India; Emmy award-winning composer, lyricist, and performer Lance Horne; and film producer Mykel Dicus. The weekend's events will raise funds to support Harmonium’s nonprofit mission to inspire and transform our community through music and also to support Prince Manvendra’s charity, The Lakshya Trust.

PIECES OF US
WHEN: Saturday, June 4, at 1:00pm
WHERE: Morristown Unitarian Fellowship, 21 Normandy Heights Rd, Morristown

The Gay Activist Alliance in Morris County and Harmonium will co-host the NJ premiere of the film Pieces of Us. Producer Mykel Dicus and Prince Manvendra Singh Gohil, who are both featured in the film, will lead an open discussion afterwards. This award-winning documentary is an intimate look at the personal journeys of LGBTQ+ hate crime survivors who, by choosing to take their recovery public, inspire the survivor in all of us. The film juxtaposes the inspirational stories of recovery of each of the film’s subjects, who have all experienced the powerful connections their public actions produced.

OPEN HEARTS DINNER & RECEPTION
WHEN: Saturday evening begins with a catered dinner from Sonny’s Indian Kitchen in Chatham at 6:00pm, followed by a reception filled with a variety of local desserts and music at 7:30pm
WHERE: Christ Church in Short Hills, 66 Highland Ave, Short Hills.
Prince Manvendra will play the harmonium and speak about his work with The Lakshya Trust, an organization dedicated to aiding LGBTQ+ persons. Lance Horne will also perform. Prince Manvendra is India’s first openly gay royal; since his initial appearance on The Oprah Winfrey Show in 2007, he has been a prominent world advocate for LGBTQ+ rights. This fundraising dinner will benefit both nonprofit organizations: Lakshya Trust and Harmonium Choral Society.

Why “Open Hearts”? Why a whole weekend of special events?

Bias crimes are at their highest levels in over a decade. In response to this, Harmonium is using music to inspire, inform, and elevate the conversation around these issues and is partnering with others to bring diverse communities together to listen, learn, and share experiences.

The Covid pandemic has profoundly impacted performing arts groups such as Harmonium. These events will raise much-needed funds to support both Harmonium and The Lakshya Trust. This is a great opportunity to support the arts and express your commitment to the community. 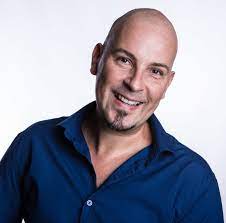 MYKEL DICUS (Producer / Subject in film) has been an entertainment professional for more than 20 years, with stage performances ranging from Jesus Christ Superstar (with Ted Neely) to Dreamgirls, directed by original Broadway cast creatives. Through his company, Eec! Productions, he has spearheaded many artistic projects, including Flow & Flair and Broadway to Bombay. After surviving a hate crime, Mykel created the one-man show Pieces of Me and toured the country bravely sharing his story of recovery. A master at overcoming obstacles, Mykel has appeared on Glam Fairy, performed at Radio City Music Hall, and made it to the celebrity judging round on America's Got Talent. He is featured in the documentary, A Flow Affair (2012). 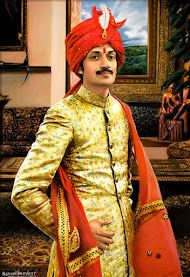 HRH PRINCE MANVENDRA SINGH GOHIL (Activist / Subject in film), India’s first openly gay royal, has been a prominent world advocate for LGBTQ+ and human rights. Prince Manvendra appeared as a guest on The Oprah Winfrey Show as one of three people featured in the show entitled 'Gay Around the World'. In 2000, Prince Manvendra started the Lakshya Trust, a group dedicated to HIV/AIDS education and prevention. A registered public charitable trust, Lakshya Trust is a community-based organization working for HIV/AIDS prevention.

Lakshya Trust won the Civil Society Award in 2006 for its contribution to preventing HIV/AIDS among homosexual men. Since July 2010, Manvendra has served as editor of the gay male-centric print magazine Fun, which is published in Rajpipla. He is also on the board of Eyes Open International, an organization devoted to combating human trafficking. In 2018 Manvendra opened his 15-acre palace grounds to help house vulnerable LGBT people who might otherwise be "left with nothing" when "their families disown them after coming out." 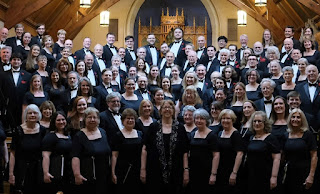 Harmonium Choral Society, based in Morris County, is one of New Jersey's leading choral arts organizations. The 100-voice ensemble has been recognized for its musical excellence and innovative programming. It has commissioned and premiered works by Amanda Harberg, Matthew Harris, Elliot Z. Levine, Sarah Rimkus, and Harmonium's composers-in-residence Mark Miller and Martin Sedek, among others. Directed by Dr. Anne J. Matlack of Madison, Harmonium’s season consists of four concerts, as well as numerous special events and partnerships. Harmonium is known for its eclectic programming, choral excellence, community spirit, sponsored commissions, and musicianship workshops. The group has an outreach chorus that performs in schools, nursing homes, and other venues.

Harmonium’s funding has been made possible in part by Morris Arts through the New Jersey State Council on the Arts/Department of State, a Partner Agency of the National Endowment for the Arts.

Gay Activist Alliance in Morris County (GAAMC) is a not-for-profit volunteer-run organization that provides social, educational, and outreach programs. GAAMC also offers opportunities for individuals to become politically active with issues related to the GLBTI community. Their intent is to maintain a positive, healthy, respectful, and supportive environment in a safe space. GAAMC, the longest continually operating GLBTI group in New Jersey, was started in 1972 by four people looking for a place to meet others like themselves. GAAMC publishes 10 issues of their newsletter, CHALLENGE, per year, and since 1985 GAAMC has been the official publisher of Pride Guide, a guide to resources for New Jersey's LGBT community.