This year’s program will feature expanded selections from Handel’s Messiah, masterfully intertwined with the stirring original settings of holiday classics that audiences have come to cherish. “The holiday concert is a treasured tradition for the chorus, and each year the spirit of the season seems to ring through the Count Basie more palpably than the last,” said Dr. Brandau. “This year we especially look forward to sharing a few more of our favorites from Messiah.” Familiar tunes such as Silent Night, Auld Lang Syne, Deck the Hall, and other well-known carols will help concert-goers ring in the season with warmth and good cheer.

The chorus of nearly 100 voices will be joined by celebrated guest soloist mezzo-soprano Devony Smith and professional orchestra, as well as the wonderful Coriste ensemble from the New Jersey Youth Chorus, under the direction of Patricia Joyce. Monmouth Civic Chorus’ annual holiday concert is the perfect way to get in the holiday spirit. It won’t be Christmas without it!

About Monmouth Civic Chorus: The Monmouth Civic Chorus has been called "near-flawless" (Asbury Park Press), "alive and evocative" (The Star-Ledger) and "superior" (Red Bank Green). The Chorus is the proud recipient of the 2008 ASCAP/Chorus America Alice Parker Award, and the 2010 Spinnaker Award for Arts and Culture from the Eastern Monmouth Area Chamber of Commerce.

About Ryan James Brandau: Artistic Director Ryan James Brandau has broad experience conducting a variety of choral and orchestral ensembles. In addition to his work with Monmouth Civic Chorus, he serves as Artistic Director of Princeton Pro Musica and Amor Artis, a chamber choir and orchestra in New York City. He has also served on the faculty of Westminster Choir College, where he has worked with the Symphonic Choir, which he has prepared for performances with the Philadelphia Orchestra, the Vienna Philharmonic, Berlin Philharmonic, and the New Jersey Symphony. He remains active as a choral arranger, composer, and clinician, whose arrangements and compositions have been featured by choral ensembles across the globe. Ryan received the Doctor of Musical Arts and Master of Music degrees from the Yale School of Music. Prior to pursuing graduate study in conducting, Ryan attended the University of Cambridge in the UK as a Gates Scholar, earning an M.Phil. in historical musicology. He received his B.A. in music, magna cum laude, from Princeton University. 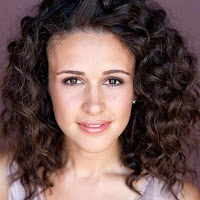 About Devony Smith: Noted for her "strong" voice and "dramatic conviction" (New York Times), Devony Smith is a versatile mezzo-soprano excelling in both contemporary and traditional repertoire. A California native, Devony makes her mark on New York City as a professional member of Musica Viva NY, where she has recently performed chamber music with Aeolus Quartet, as well as solos for Vivaldi’s Gloria, and Bach's Magnificat. This season, Devony will appear singing Chants d’Auvergne with Brooklyn Art Song Society, Mahler Symphony no. 4 with the Colburn Orchestra under the baton of Maestro Yehuda Gilad, and a staged production of Schumann’s Dichterliebe with New Orchestra of Washington. She will create the role of “The Lover” in the world premiere Kate Soper’s highly anticipated new opera, The Romance of the Rose.