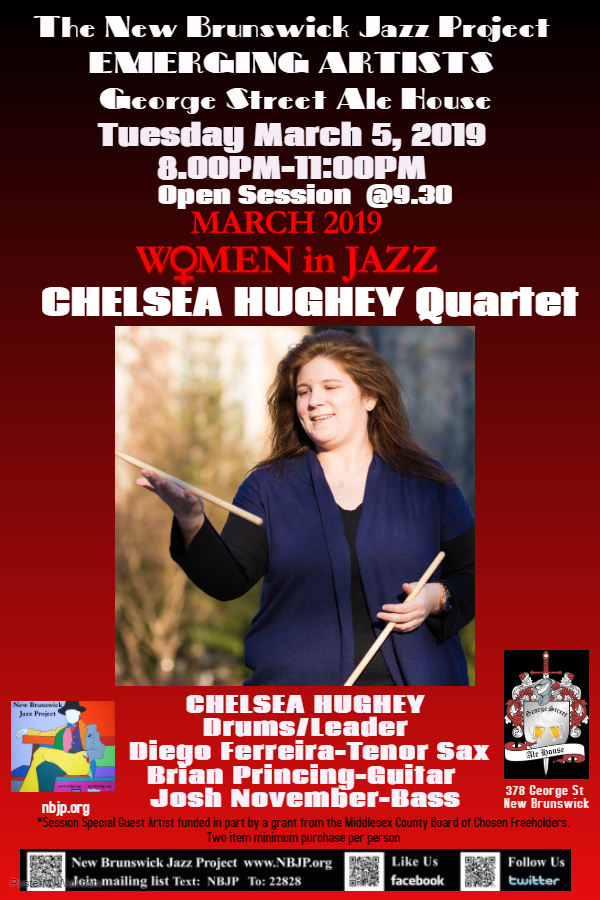 Part of NBJP's mission is to showcase the next generation of jazz musicians ... the future "greats!" This is a chance to see them NOW! Drummer Chelsea Hughey leads the band and the session. 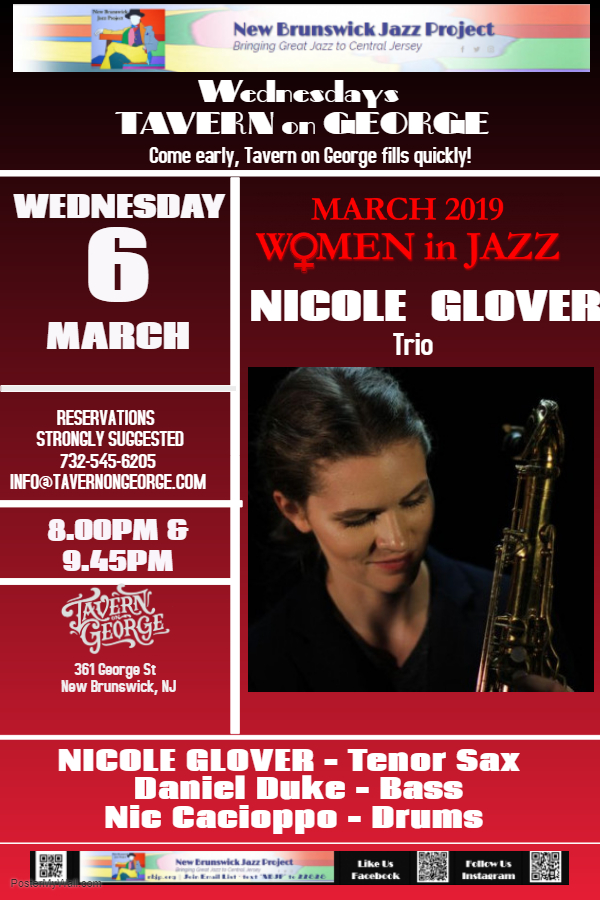 Nicole Glover's journey in music began when her father introduced her to jazz and blues music at a young age.  She began playing the clarinet at the age of ten, transitioning to tenor saxophone the following year. After studying at William Paterson University, she was invited to record on Esperanza Spaulding's Grammy-award winning album "Radio Music Society". Nicole moved to New York City in 2015, where she now resides. She has since recorded and toured with the great Gene Perla, and has performed/recorded with Victor Lewis, Steve Wilson, Rodney Green, Rudy Royston, Linda May Han Oh, Winard Harper, Jeff "Tain" Watts, and Bill Goodwin. 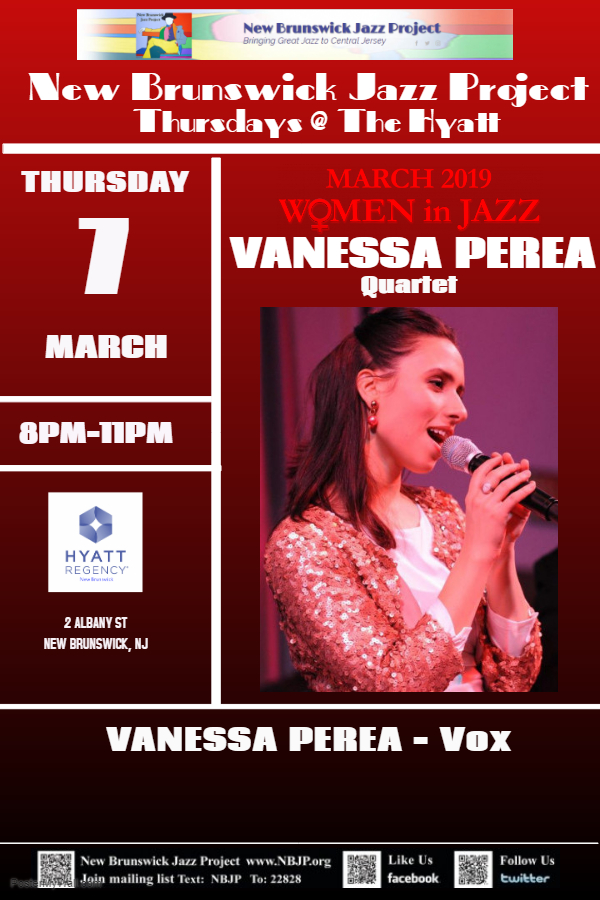 Vanessa Perea is a jazz vocalist who embodies the tradition of the masters. She swings hard, sings beautifully with a sweeping range, and can dig into the lyrics of a song to really tell a story. Vanessa attended New Jersey City University where she studied with Grammy-nominated jazz vocalist, Roseanna Vitro, and operatic-soprano Donna Connolly obtaining a BA in Music Education. After graduating in 2010, Vanessa started working as a jazz vocalist in the NY/NJ area performing with numerous ensembles. 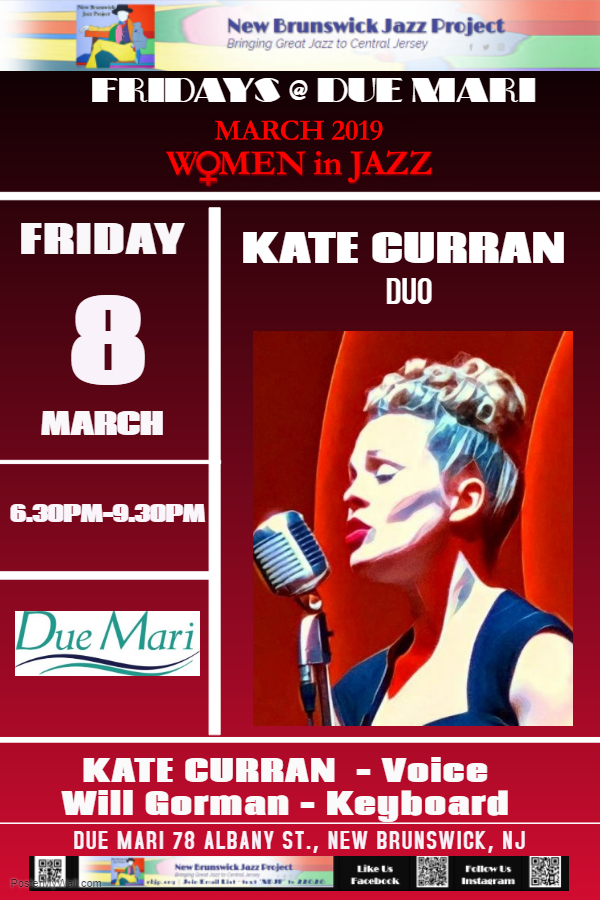 Kate Curran is just the right blend of old school style,contemporary sizzle and a great set of pipes! Just back from a whirlwind tour with Louis Prima Jr and The Witnesses, Kate's performances are the perfect cocktail of trad jazz and swing with a dash of old school soul and a pop tune or two thrown in just to keep you on your toes.She performs regularly at NY jazz venues and cool spots around the world including the Milenium Stage at the Kennedy Center.