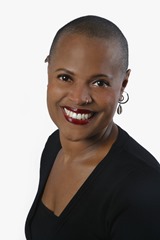 WHEN: Monday, November 20, at 2:30 p.m.
WHERE: Raritan Valley Community College, 118 Lamington Rd., Branchburg
ADMISSION: free
A book-signing with the novelist will follow the RVCC program. For additional information, contact Charlie Bondhus at charlie.bondhus@raritanval.edu or 908-526-1200, ext. 8307.

The public is invited to hear a presentation by novelist Sapphire, author of the best-selling novel, Push—which was adapted into the Academy Award-wining film Precious.

Sapphire will read from her novels and also will speak on race and social injustice. The program will include a question-and-answer session with the audience.

The New York Times bestseller Push—about an illiterate, brutalized Harlem teenager—won the Book-of-the-Month Club Stephen Crane Award for First Fiction; the Black Caucus of the American Library Association’s First Novelist Award; and in Great Britain, the Mind Book of the Year Award. Push was named by The Village Voice as one of the top 25 books of 1996 and by TimeOut New York as one of the top 10 books of 1996. Push was also nominated for an NAACP Image Award in the category of Outstanding Literary Work of Fiction.

In her second novel, The Kid, Sapphire gives voice to Precious’s son, telling the electrifying story of Abdul Jones. Left alone by his mother’s death to navigate in a world where love and hate sometimes hideously masquerade, and forced to confront unspeakable violence, Abdul claws his way toward adulthood. In a generational story that moves from a Mississippi dirt farm to Harlem in its heyday, from a troubled Catholic orphanage to downtown artists’ lofts, The Kid is a soaring tale of body and spirit, rooted in the hungers of flesh and of the soul.

Sapphire is also the author of two collections of poetry: American Dreams, cited by Publishers Weekly as “One of the strongest debut collections of the nineties,” and Black Wings & Blind Angels, of which Poets & Writers declared, “With her soul on the line in each verse, her latest collection retains Sapphire’s incendiary power to win hearts and singe minds.”

Precious: Based on the novel Push by Sapphire, the film adaption of Sapphire’s novel, won the 2010 Academy Award for Best Supporting Actress and Best Adapted Screenplay, and was nominated for Best Picture, Best Director and Best Actress. It won the 2009 Grand Jury Prize and the Audience Awards in the U.S. dramatic competition at Sundance, and is the only film ever to win both the Sundance and Toronto Film Festivals Audience Awards.