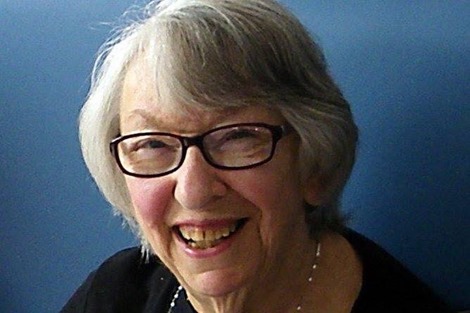 I am sad to announce the death of Sheila Abrams, the music and dance critic for the NJ Arts Maven Blog—and my cousin, friend, mentor, critic—on Wednesday, August 16, 2017.

Sheila’s father and my mother were siblings in a very close-knit family. Even more than animals (if that were possible), Sheila was passionate about the arts. She wrote theater reviews for the Hackettstown Gazette, which occasioned my entrée into the world of dramatic criticism. Back in the winter of 1996, Sheila called me with “an offer I couldn’t refuse”: reviewing The Miracle Worker at the George Street Playhouse because she was unable to go. I felt very comfortable doing this because I had taught the play for eleven years to seventh grade Language Arts students. Despite her telling me that my review sounded like a term paper, I was bitten by the critic bug.

In 2010, we were both “terminated” when the Recorder Newspapers discontinued their Out & About entertainment section. I started this blog; Sheila joined me soon after as the drama critic, and when her husband Bernie died, she wrote the music reviews. She was my right-hand woman when I couldn’t get to theater out in western New Jersey, and I knew I could always count on her for honest, well-informed reviews that were a pleasure to read.

I will miss her passion, her love of books, her thirst for knowledge, her political acumen (she’d discuss socialism with our Bubbe’s ancient cousins, much to my wonderment), her superior writing skills and her kindness.

Although I was unable to spend time with Sheila toward the end, she will remain in my heart as my cousin, mentor, critic, role model—and friend. Rest easy, Sheil.