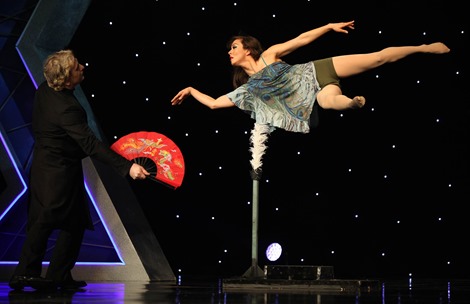 Believe the impossible! The hit television series, Masters of Illusion, breaks out of the box and into bergenPAC. Whether in Las Vegas or on television, magic has never been hotter. Nothing beats the experience of seeing a magic show in person. Audience members will marvel at the huge production values and be drawn in by the immediacy of a live performance. It's the time honored art of the master illusionist combined with the speed and modern design of the 21st century.

You'll see grand illusions, levitating women, appearances and vanishes, escapes, comedy magic, sleight of hand and beautiful dancers...everything you could possibly imagine and performances that you never dreamed possible - all rolled up into a live show.

And it's all LIVE! No camera tricks, no computer graphics-just amazing illusions in real time in front of a live audience. It's a world-class live event coming to bergenPAC! 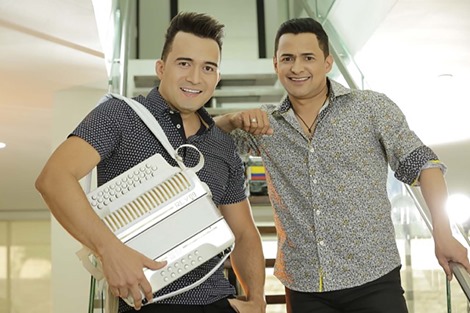 Jorge Celedón, known as "The Prince of Vallenato," is a Colombian singer-songwriter who comes from a musical family. His first performance was with his uncle Daniel Celedón, the renowned vallenato singer, in his own group called Doble Poder (Double Power). This helped him to become a great star of vallenato by the time he was an adult.

Celedón is recognized for his talent, charisma and simplicity. He is an outstanding singer of vallenato music and many of his songs have become blockbusters hits, like “Ay Hombe,” “Parranda en el Cafetal,” “Juepa je,”  “Sin Perdón,” “Me dejó solito,” “Todo por nada” and “Te Cantaré”

Celedón and his vallenato group were nominated for the Latin Grammy Awards in 2007.  At the 8th Annual Latin Grammy Awards, Celedón and accordionist Jimmy Zambrano received the award in the category Cumbia/Vallenato for their album Son... Para El Mund. In 2008, he performed in front of President George W. Bush at an event at the White House in celebration of Colombian Independence Day. 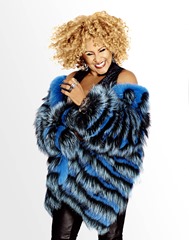 She’s back again for Valentine’s Weekend! Through the years, Darlene Love continues to captivate audiences worldwide with her warm, gracious stage presence and sensational performances. Since the early sixties, as part of Phil Spector’s ‘wall of sound’ hit factory, this great lady has done it all…from major motion pictures like the highly successful Lethal Weapon series to Broadway hits like Hairspray and Grease.

Darlene’s background vocals as a lead member of The Blossoms for Tom Jones, The Righteous Brothers, Dionne Warwick, Marvin Gaye, and Elvis Presley (to name but a few) set the stage for her emergence as a star in her own right.

Love’s Billboard hits include: “He’s A Rebel,” “The Boy I’m Gonna Marry,” “Wait ‘Til My Bobby Gets Home,” “He’s Sure the Boy I Love” and the #1 holiday classic “Christmas Baby Please Come Home.” In 2011, Darlene Love received her industry’s highest award when Better Midler, a great fan of her work, inducted her into the Rock and Roll Hall of Fame. During the celebration, the two ladies enjoyed performing “He’s A Rebel” together. As part of the festivities, Darlene also sang “He’s A Fine, Fine Boy" backed by another distinguished fan, Bruce Springsteen.