“SOUTHSIDE JOHNNY & THE ASBURY JUKES” TO APPEAR @ bergenPAC ON SATURDAY 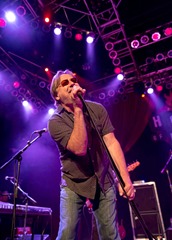 For Southside Johnny and the Asbury Jukes “comfortable” has never been a word associated with their brand of raucous, roots-tinged rock and bluesy reverie. The Jukes have more than 30 albums on their resume, thousands of acclaimed live performances across the globe, and a vibrant legacy of classic songs that have become "hits" to their large and famously-dedicated fan base.

“With the Jukes, you’re out there every night leading this great rock n’ roll circus, giving it everything you’ve got,” says Southside Johnny Lyon.

The iconic Southside Johnny and the Asbury Jukes recently released Soultime!, their first new studio CD of all original material in over five years, on Leroy Records. Soultime! celebrates the transformative power of ‘70s soul music and represents a return to, as Southside sings, “just letting the music take us away.” This new release encapsulates everything that fans cherish about Southside Johnny and the Asbury Jukes. The pattern of horns plus rhythm - each song painted with catchy choruses, top-notch string arrangements and gospel charged vocals - keeps on coming. The new CD was recorded in the Jukes’ hometown of Asbury Park, NJ. 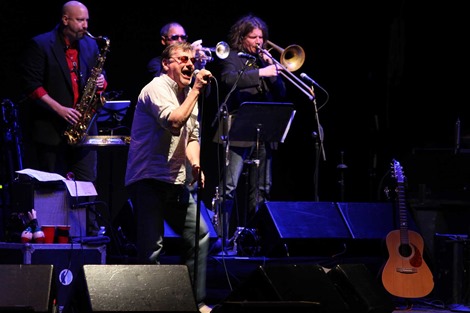 With a decades-long successful career, Southside Johnny and the Asbury Jukes continue to deliver their soul-searing brand of raucous blues and R&B, with material mined from their many albums, featuring hits like “I Don't Want To Go Home”, “Love On The Wrong Side Of Town”, “The Fever”, “This Time It's For Real”, “Talk To Me” and their definitive fun-time cover of “We’re Having A Party”. The Jukes’ legendary high-energy live performances always satisfy with their classic blend of Stax-influenced R&B and gritty, Stonesy rock and roll.