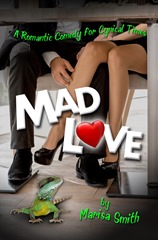 Sloane Hudson, a wealthy, beautiful recent Ivy League graduate and product of the campus hook-up culture and frat basement pong tournaments, doesn't believe in love or marriage. She does, however, believe in babies and wants one soon so her tummy can bounce back and she can still wear a bikini. The problem is she needs a sperm donor who passes muster. Enter Brandon, who has all the right stats, but the wrong attitude. Brandon, meantime, has enough on his plate living with his brother Doug, who just fell in love with Katerina, the hooker from the Ukraine. Cabbage soup, a rare baseball card and a lizard named Pogo all play a part in this romantic comedy for cynical times.

Jared Michael Delaney (Doug) is the cofounder and Associate Artistic Director of Revolution Shakespeare (www.revolutionshakespeare.org). He has been seen off-Broadway at 59E59 and regionally at the Folger Theatre, Theatre Workshop of Nantucket, River Valley Rep, Sierra Rep. Theatre, Arden Theatre Co., Theatre at Monmouth, Walnut St Theatre, Philadelphia Theatre Company, Bristol Riverside Theatre, the Eagle Theater and Pennsylvania Shakespeare Festival, among others. As a playwright, his ﬁrst full-length play, The Hand of Gaul was produced in 2013 at Inis Nua Theatre and he is currently pursuing an MFA in Playwriting from the Queens University of Charlotte. MA in Theatre from Villanova University. Next up: Peter & The Starcatcher, Eagle Theatre, spring 2017.

Brittany Proia (Katerina) is an actor and songwriter originally from Olney, MD. Recent credits include Breadcrumbs (Urbanite Theatre), Taming of the Shrew (Nebraska Shakespeare), and A Day in the Death of Joe Egg (The Night Shift). Brittany has performed regionally and in NYC with The York Theatre Company, Peterborough Players, Frog and Peach Theatre Co, Ozark Actors Theatre, Nebraska Shakespeare, Toby’s Dinner Theatre and The Asolo Repertory Theatre.  MFA graduate of The FSU/Asolo Conservatory for Actor Training and she holds a Bachelor of Music in Vocal Performance from NYU's Steinhardt School.

Graham Techler (Brandon) An actor and writer from Boston currently based in New York, Graham’s recent credits include:  Song For A Future Generation and Jonah, A Musical Detour (Williamstown Theatre Festival), Gutenberg! The Musical! (Basement Arts), and Stupid F**king Bird (University Productions). His plays include Nantucket Sleighride (Beckwith Theatre, 2015), The Kid Cult Cosmology (Playfest), and Like Henry the Sixth But Cool. You can read his writing on The Big Jewel, Splitsider, and The Every Three Weekly.