Premiere Stages at Kean University will launch its much-anticipated 2016 Season with a free staged reading of Jeff Talbott’s provocative new play, Three Rules for the Dragon. Selected from over 400 submissions, Three Rules for the Dragon is the first of two scripts scheduled for expanded development as part of the 2016 Premiere Stages Play Festival.

An annual competition for unproduced scripts by playwrights with ties to the greater metropolitan area (New Jersey, New York, Pennsylvania, and Connecticut), the Premiere Stages Play Festival perfectly embodies the theatre’s passionate and longstanding commitment to supporting emerging artists through the development and production of new plays. Mr. Talbott has received an honorarium and the opportunity to further develop the play through a professional, 29-hour rehearsal process culminating in three public readings, bringing the play one step closer to a full production.

In this provocative and unabashedly theatrical new play, Douglas Barnes is having difficulty balancing his top secret job and his crumbling home life. As Douglas struggles to extract information from a suspected terrorist, he must also try to salvage a marriage that hangs in the balance. Recently named this year’s Runner-Up in the Premiere Stages Play Festival, Three Rules for the Dragon was also a semi-finalist for the 2016 Eugene O’Neill Playwrights Conference. Audiences are advised that the play contains adult language and subject matter that may not be suitable for all ages. 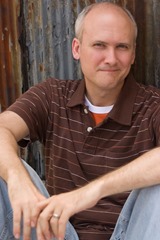 Playwright Jeff Talbott is perhaps best known for his play The Submission, which was the inaugural recipient of the Laurents/Hatcher Award in 2011 and was produced off-Broadway by MCC Theater. It went on to receive the Outer Critics Circle John Gassner Award for New American Play in 2012, and was also a semi-finalist for the 2010 O’Neill Playwrights Conference.  Developmental workshops/readings of his other plays have included How to Build a City (Route 66), The Gravedigger’s Lullaby (TACT, Chicago Shakespeare), Elliot (Crowded Outlet, MCC Theater), A Public Education (Pioneer Theatre Company, TACT), and All the Stars in the Midnight Sky (MCC Theater, TACT).

Director Wes Grantom returns to Premiere Stages after directing an earlier reading of Three Rules for the Dragon, as well as the New Jersey Premiere of Clybourne Park by Bruce Norris in 2013. His recent directing highlights include Eager to Lose by Matthew-Lee Erlbach (Ars Nova), The Cloud by Matt Moses, The Steadfast by Mat Smart, Mine by Bekah Brunstetter (Slant Theatre Project), not J.A.W.S. (Fight or Flight), and the current Lone Star Spirits at Crowded Outlet, where he also serves as artistic director. Mr. Grantom is a recipient of the Drama League Fellowship and a member of Lincoln Center Directors Lab.

Audience members attending Premiere’s workshop of Three Rules for the Dragon are encouraged to participate in the new play development process by providing direct feedback to Mr. Talbott through interactive post-show discussions with the playwright and written evaluation forms. Positive feedback from patrons attending an earlier reading of Three Rules for the Dragon in March contributed to Premiere’s eventual decision to name the play this year’s Runner-Up in the prestigious Play Festival.