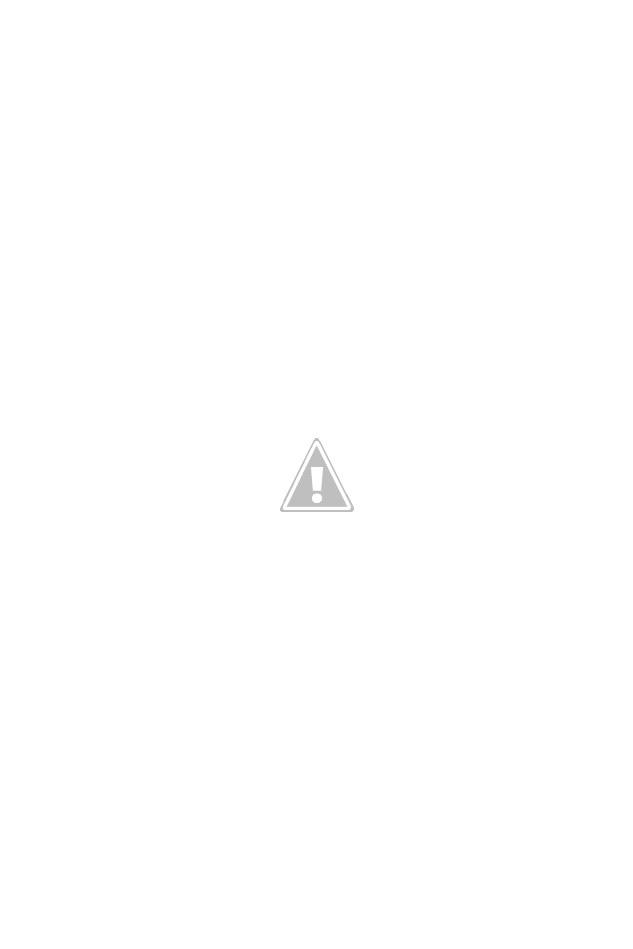 WHEN: June 3 and 4, 8 p.m. Post-play discussions to follow each night.
WHERE: George Street Playhouse, 9 Livingston Ave.,  New Brunswick
TICKETS: free, but reservations are recommended as seating is limited. To reserve seats, please visit www.georgestreetplayhouse.org or call the box office at 732-246-7717.

An absurd, dark comedy about a New Jersey family who finds themselves suddenly dealing with an environmental cleanup in their backyard — literally — makes its debut.

Terra Incognita, written by R.N. Sandberg, finds Joseph and Lena — after having just paid off their mortgage — looking forward to a bright and beautiful future until they discover the underground storage tank in their backyard is leaking. Suddenly, their life becomes a labyrinth of complex, bizarre and illogical attempts to clean up the fuel-soaked soil beneath their home and prevent it from contaminating the groundwater and their marriage.

Terra Incognita will be followed by a “TalkBack” discussion with a panel of local journalists and community members, allowing for the questions and views raised in the production and the stories, to be discussed in a post-show dialogue touching on homeownership, responsibility and the toxic legacy that affects us all. Be a part of the conversation by following The Center for Investigative Reporting on Twitter (@Reveal) and Facebook (facebook.com/ThisIsReveal).

This StoryWorks production from George Street Playhouse and The Center for Investigative Reporting is inspired by the NJTV News with Mary Alice Williams investigative reporting series, "Toxic, NJ," reported by correspondent Brenda Flanagan. The series is part of Dirty Little Secrets, a collaborative reporting project investigating New Jersey’s toxic legacy. Participating news partners include New Jersey Public Radio/WNYC, WHYY, NJTV, NJ Spotlight, Jersey Shore Hurricane News, WBGO, New Brunswick Today and the Rutgers Department of Journalism and Media Studies. The Dirty Little Secrets project is coordinated by The Center for Investigative Reporting with help from the Center for Cooperative Media at Montclair State, with support from the Geraldine R. Dodge Foundation. More information about the series can be found at www.toxicnj.com. 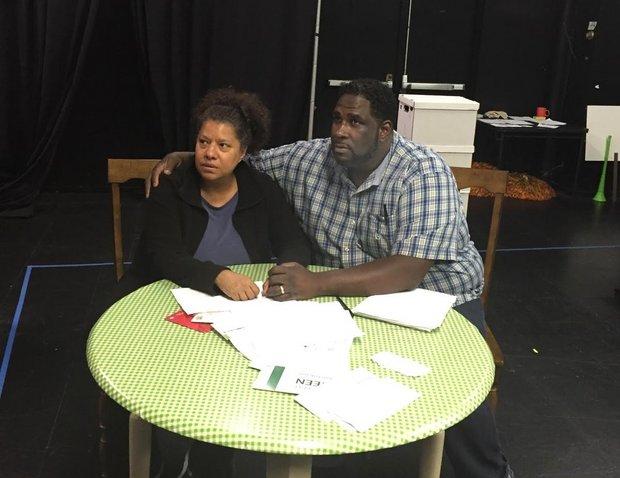 “StoryWorks gets to the emotional truth of investigative journalism. Based on facts and allowing for artistic exploration, we delve into the personal stories behind the headlines and create dialogue through theater,” said Jennifer Welch, artistic director and co-creator of StoryWorks from the Center for Investigative Reporting (CIR). Through CIR’s groundbreaking StoryWorks project, we commission and stage original plays inspired by fact-based investigations. StoryWorks is deadline driven, tapping into both the responsive nature of journalism and the live excitement of theater. Independent playwrights work with our reporting teams and legal counsel to ensure the work is immediate, accurate and emotionally compelling. Each production also includes a “talk back” after the performance, during which the audience is able to be in conversation with reporters, playwrights, actors, experts, advocates and others. To date, CIR has produced seven plays focused on a wide range of issues including, among others: the plight of homeless female veterans, the neglect of disabled and elderly residents living in one of the Richmond, California’s worst public housing complexes, the impact of fumigants on residents near California's massive strawberry fields, vulnerable workers in the oil fields of North Dakota, abuse of developmentally disabled adults in the state’s care, and more. Now, for the first time, CIR is partnering with the George Street Playhouse and NJTV to bring the innovative StoryWorks series to New Jersey. http://storyworks.revealnews.org

R. N. Sandberg's (playwright) plays have been seen in Australia, Canada, England, Japan, Panama and South Korea, as well as at theaters throughout the U.S. They are published by Playscripts and Dramatic Publishing and include Anne of Green Gables, Convivencia, Done, Evenings In Evenings Out, Frankenstein, In Between, Jarpteetza/The Firebird, A Little Princess, The Moonstone, The Odyssey, Roundelay, What Can’t Be Seen and A Woman of Means. He has been commissioned by, among others, McCarter Theatre, American Repertory Theatre, Dramatic Publishing Company, Idaho Shakespeare Festival and Seattle Children’s Theatre. Terra Incognita is the third piece he's written for George Street Playhouse. His work has been supported by the Geraldine R. Dodge Foundation, National Endowment for the Arts, Theatre Communications Group and many state and local arts commissions. His current writing projects are the musical Mad Dreams, which was workshopped at Passage Theater, and the screenplay for his play The Judgment of Bett, which was seen at the Kennedy Center's New Vision/New Voices program. He teaches playwriting, acting and dramatic literature at Princeton University.

Jim Jack (director) recently directed My Name is Asher Lev at George Street Playhouse. Directing credits for GSP’s Educational Tour and Community-based programs include: Our Town Now; Gabi Goes Green!; Austin the Unstoppable; IRL: in real life; New Kid; Peacemaker; and Break the Chains. Additional New York and regional credits include: The Road; Where is Home?; The Way It Was; K2 (Drama Logue Award for Outstanding Direction); Life and Limb; The Dumb Waiter; and The Zoo Story.

Brenda Flanagan (journalist) is a New Jersey transplant circa 1979 (from New Orleans, via Maine). She has won four Emmy® Awards for her work including an undercover investigative series on racial profiling, consumer safety stories and team coverage for “Miracle on the Hudson: Flight 1549,” among many other awards. She began her career in TV journalism at New Jersey Network and moved to WWOR-TV, where she established the station’s Trenton Bureau and anchored public affairs programs. She covered the New Jersey Legislature and governor’s office (five governors) and national political conventions and has reported on mainstream New Jersey issues.

George Street Playhouse has become a nationally recognized theatre, presenting an acclaimed mainstage season while providing an artistic home for established and emerging theatre artists. Its leadership consists of Artistic Director David Saint, Resident Artistic Director Michael Mastro and Managing Director Kelly Ryman. Founded in 1974, the Playhouse has been well represented by numerous productions both on and off-Broadway, including the Outer Critics’ Circle Best Musical Award-winner The Toxic Avenger; the Outer Critics Circle, Drama Desk and Drama League nominated production of The Spitfire Grill;and the Broadway hit and Tony and Pulitzer Prize winning play Proof by David Auburn, which was developed at GSP during the 1999 Next Stage Series of new plays. In 2015, George Street Playhouse was represented by two productions in New York: the recent Broadway production of It Shoulda Been You, and Joe DiPietro’s Clever Little Lies, which played off-Broadway from October 2015 into early 2016. Both shows received their premieres at the Playhouse. In addition to its mainstage season, GSP’s Educational Touring Theatre features three issue-oriented productions that are seen by more than 40,000 students annually. George Street Playhouse programming is made possible in part by funds from the New Jersey State Council on the Arts/Department of State, a partner agency of the National Endowment for the Arts.

The Center for Investigative Reporting (CIR) is the nation’s first independent, multiplatform investigative reporting organization. Devoted to holding powerful interests accountable to the public trust, CIR creatively employs cutting-edge technology and innovative storytelling to reveal injustice, spark change at all levels of society and influence public dialogue on critical issues. With PRX, CIR co-produces the nationally distributed Reveal radio show and podcast, which features CIR’s reporting, as well as stories from public radio stations and a wide range of media partners, both nonprofit and commercial. CIR produces high-impact reporting across print, video, TV, radio and online platforms and is the recipient of the prestigious MacArthur Award for Creative and Effective Institutions, winner of 2013 and 2015 Emmy Awards and a 2013 George Foster Peabody Award, and a finalist for the Pulitzer Prize in 2012 (for local reporting) and 2013 (for public service). For more, visit revealnews.org.

StoryWorks, in its third season, is on a mission to challenge, inspire and heal our community by creating visceral theater experiences that are bold and truthful. Over the last two and half years, StoryWorks has commissioned and produced five productions, toured in affected communities, translated and performed work in Spanish and challenged theater and journalism to work in innovative ways to represent our world and the immediate issues that confront us. The StoryWorks project has been featured in the The Washington Post, the Columbia Journalism Review, the San Francisco Chronicle, among others. It is an honor to present the world premiere of Terra Incognita in collaboration with George Street Playhouse and NJTV. StoryWorks began in 2013. For our inaugural season, we commissioned two plays based on CIR’s reporting: A Guide to the Aftermath, about female veterans suffering from military sexual trauma and PTSD, and Headlock, which confronted abuse in California’s adult care facilities. What began as an experiment to bring journalism to the stage and give voice to the marginalized and oppressed became a challenge to both our community as a whole and the artists who work with us to tell these stories. Our process evolved as we worked; this had never been done before. Our guiding principles were to proceed with integrity, following best journalism practices, and to allow artistic expression and the creative process to thrive. Jennifer Welch is the artistic director and co-creator of StoryWorks. She also is a member of Tides Theatre in San Francisco, executive producer of the Des Voix festival and a founding member of the Howells Transmitter Arts Collaborative. Welch focuses on new play development and theater for impact, social conversation and change. Her directing credits include the Distant Future Symposium, Justice in the Embers, North by Inferno, Alicia’s Miracle, This Is Home, Gruesome Playground Injuries, Sweet Bird of Youth, Waiting for Godot, The Little Foxes, 5 Lesbians Eating a Quiche, The Grapes of Wrath, Glengarry Glen Ross, Buried Child, The Trip to Bountiful, A View From the Bridge, The Rose Tattoo, The Night of the Iguana, Lysistrata, The Real Inspector Hound and Killer Joe. Her most recent stage credits include Margaret in Cat on a Hot Tin Roof, for which she earned a Bay Area Theatre Critics Circle best actress award.