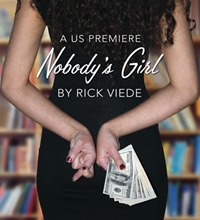 Is there anything more scandalous than a juicy tell-all memoir? Viciously funny, Nobody’s Girl features a potpourri of outrageous characters who wheel and deal in a high stakes game for glory. It is an unforgiving, hilarious satire of today’s frenzied media and those who will do anything to be on top. Be prepared for plenty of twists and turns, and razor sharp wit.

The cast includes Gregory Haney, Judith Hawking, Layla Khoshnoudi, and Jacob A. Ware and is directed by Erica Gould.

Rick Viede (Playwright) Rick Viede is an Australian writer and performer now living in New York. He won the prestigious 2008 Griffin Award for his debut play Whore, which premiered in 2009 at Belvoir St Theatre. The Australian production of Whore was closely followed by a production at New York’s Summer Play Festival at the Public Theatre, directed by Stephen Brackett. In 2010 Rick was awarded the highly prestigious Queensland Premier’s Literary Award for Whore. He was Affiliate Playwright with Griffin Theatre Company, Australia’s new writing theatre, where he worked on two commissions: Autumn and Poised; as well as developing a neo-restoration gender bending comedy for Australia’s premier Shakespeare Company Bell Shakespeare, entitled Gull, or the lamentable comedie called love (hereto known as the Trannies’ Revenge). Rick has also been shortlisted for numerous other awards and holds a B.A. from Monash University and a Graduate Diploma in Screenwriting at the Australian Film, Television and Radio School (AFTRS). 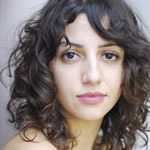 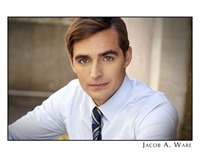 Jacob A. Ware (Anthony) Jacob A. Ware can be seen as Agent Selby on HBO's Boardwalk Empire (2014 SAG Award nominee). On stage, Jacob teams up with Dealbreaker: Wall Street Insider to host a comedy reading series, and earlier this year performed in The Life and Death of Kenyon Phillips, a rock opera extravaganza, at The Box in NYC.  He’s co-creator of the series Steel Drum In Space ​and Doin' Everythin', which have been featured on HuffPost, JASH, CollegeHumor, VH1, and The Seattle Times.  He is a member of |the claque|, a new play development company, and has developed content with CollegeHumor’s CH2.