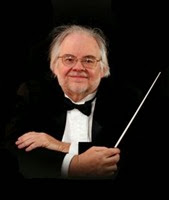 Side by Side with Sondheim: A  Lecture in Sight and Sound

WHEN: Sunday, December 14, from 2 to 4 PM; Refreshments will be served at 2 PM and the presentation at 3 PM
WHERE: Temple B'nai Abraham, 300 E Northfield Road, Livingston
ADMISSION: free to Prime Time members; $5 per person for non-Prime Time members.
This lecture is open to the community.
Reservations are requested, please call  973.994.2290 or register online at www.tbanj.org.
Bring your friends!

Once again, the Prime Time Group of Temple B’nai Abraham will present a musical event featuring Maestro Robert Butts, Music Director and Conductor of the Baroque Orchestra of New Jersey. Dr. Butts will discuss Side by Side with Sondheim: Celebrating America’s Greatest Living Composer A Lecture in Sound and Sight. The TBA Prime Time Group is led by PT Chair Ethel Singer.

Stephen Sondheim's work as a composer-lyricist over the past five decades has set the standard for modern American musical theater. He has won a record eight Tony Awards including the Special Tony Award for Lifetime Achievement in the Theatre; the Laurence Olivier Award; eight Grammy Awards and received a Pulitzer Prize for Sunday in the Park with George. Sondheim has written material for movies, including the 1981 Warren Beatty film Reds, for which he contributed the song "Goodbye For Now." He also wrote five songs for the 1990 movie Dick Tracy, including "Sooner or Later (I Always Get My Man)"  which won the Academy Award for Best Song.

Dr. Robert W. Butts is New Jersey’s most wide-ranging conductor, exploring the operatic as well as the orchestral worlds, the earliest major works of the Baroque period through compositions of the twenty-first century.  He received his graduate degrees from The University of Iowa and The American Conservatory of Music. He serves as Music Director and Conductor with The Baroque Orchestra of New Jersey, Eastern Opera Company, Touring Concert Opera of New York and In Mid Air Productions.  He teaches and lectures at Montclair State University, The College of Saint Elizabeth, Drew University and The New Jersey Council For the Humanities. In addition, he develops courses and individual lectures for Westfield Adult School, Leisure Learning, Lifelong Learning, and other adult and continuing education programs across Northern New Jersey. He is a recipient of the Arts Council of the Morris Area Arts Professional of the Year and has been a finalist for the 2010 and 2011 American Prize for Orchestral Conducting, the 2011 and 2012 American Prize for Opera Conducting, and the 2011 Vytautas Marijosius Memorial Award. He was awarded the 2011 American Prize Citation for outstanding educational and outreach work in music.