KICK OFF THANKSGIVING BREAK WITH BALLETS WITH A TWIST @ THE BICKFORD 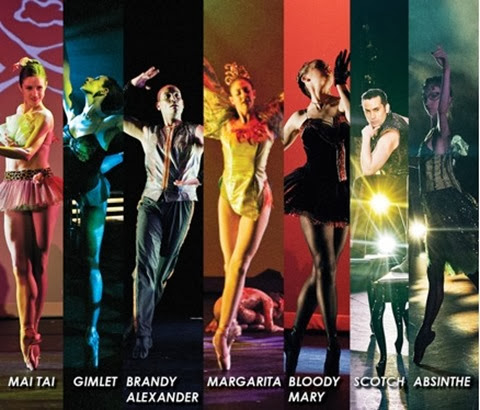 WHEN: Saturday, November 23, at 8 PM and Sunday, November 24, at 3:00 PM
WHERE: Bickford Theatre in the Morris Museum, 6 Normandy Heights Road, Morristown
TICKETS: $20 Members; $25 Non-members
For more information on Ballets with a Twist, please visit www.balletswithatwist.com
To purchase tickets in advance, please CLICK HERE.
For more information on the Bickford Theatre and Morris Museum, please CLICK HERE.

Make way, Morristown! Fresh off fall performances at Lincoln Center for the Performing Arts, Cleveland’s PlayhouseSquare, and Manhattan’s Stage 48, New York City’s hot next-generation dance company, Ballets with a Twist, will dish up a delicious Thanksgiving treat for the whole family to enjoy.

This engagement marks the Morristown premiere of the critically-acclaimed company's signature, evening-length dance experience, Cocktail Hour. Morris County residents, prepare to cheer as some of the community’s most talented young dancers join Ballets with a Twist to launch the Martini, Mint Julep, Manhattan, and more off the menu and onto the stage!

Conceived and choreographed by celebrated dance-maker Marilyn Klaus — whose background ranges from vaudeville and show dancing, to Isadora Duncan and classical ballet—Cocktail Hour is a sassy suite of dances, each inspired by a well-known beverage. The critically-acclaimed show infuses ballet with an irreverent pop sensibility while paying respect to the rich creativity of cocktail culture. You’ve never seen cocktails like these!

Cocktail Hour features original music by Stephen Gaboury, who has collaborated with Klaus for over 20 years. His music has been heard in film and on television, and he has performed with many A-listers, including Patti Labelle, Suzanne Vega, and Ute Lemper. In 2004, he received a Grammy nomination for his work with pop/rock legend Cyndi Lauper. Gaboury also contributed as co-writer for selections in Lauper’s Broadway musical, Kinky Boots, which earned thirteen Tony nominations and six wins (including Best Original Score and Best Musical) this year.

Catherine Zehr is the artistic force behind Cocktail Hour’s glamorous costume design. Her exquisite creations evoke the origins and spirit of each libation with vivid colors and embellishments.

Critics and audience members agree: Cocktail Hour is an artistically seductive must-see. The Huffington Post raves that Klaus is “blasting the boundaries between high art and entertainment,” and that her style is a distinctive mix of “Hollywood glitz and New York polish,” while The New York Times praises her as “witty and fantastic.” Recent performances also caught the attention of The Wall Street Journal, New York City’s PIX11 Morning News, and WKYC-TV3 in Cleveland.