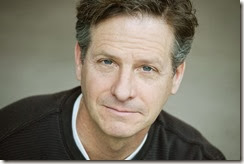 A MAP OF THE SOUL: THE TRICKY PART AND ALL THE RAGE
Written and performed by Martin Moran
Directed by Seth Barrish

FOR THE FIRST TIME, MORAN’S AWARD-WINNING SOLO PERFORMANCES WILL BE PRODUCED IN REPERTORY AS A SINGLE THEATRICAL EVENT, WITH OPPORTUNITIES FOR AUDIENCES TO SEE BOTH PLAYS IN A SINGLE DAY; THE SHOWS CAN ALSO BE SEEN INDEPENDENTLY FROM EACH OTHER, IN ANY ORDER.

The Tricky Part and All the Rage contain include adult themes and sexual content.

WHEN: Saturday, October 26 - Sunday, November 17
WHERE: Rechnitz Theater, 21 Bridge Ave., Red Bank
TICKETS: $37 to $65, with discounts available for groups, seniors, and U.S. military personnel, their families, and veterans. A limited number of $20 tickets are available for every performance; $20 tickets may be partial view. Tickets for patrons under 30 are $24 and include the best available seats at every performance. All prices are subject to change. Tickets are available from www.tworivertheater.org  or 732.345.1400.
Patrons who purchase tickets to both The Tricky Part and All the Rage received a 20% discount.

Two River’s performance calendar includes days when both 80-minute performances can be seen as a single theatrical event, with a break between performances; marathon days include a press day of Sunday, November 3 at 3 PM (The Tricky Part) and 7 PM (All the Rage). The two shows can also be seen independently from each other, in any order. Tickets are available from 732.345.1400 or www.tworivertheater.org.

The Tricky Part is the story of a boy who was forced to grow up too quickly—and the man he became, whose journey to forgiveness takes him to the heart of a paradox: what we think of as damage may be the very thing that gives rise to transformation, even grace. The Tricky Part tells the true story of the sexual relationship Moran had with an older man, a counselor he met at a Catholic boys’ camp, between the ages of 12 and 15. Now an established New York actor (Monty Python’s Spamalot, Floyd Collins), Moran won an Obie Award and two Drama Desk nominations, including one for Best Play, for the original 2004 production of The Tricky Part. His memoir of the same title (published by Random House, Anchor Books) won numerous honors including a Barnes & Noble Discover Prize and a Lambda Literary Award.

All the Rage, Moran’s 2013 solo performance, was written in part in response to a question he encountered while performing The Tricky Part: why wasn’t he angrier about what happened to him as a boy? The question inspires a quest that takes him from Manhattan to west of the Rockies and south of Johannesburg. The people he encounters along the way—his estranged stepmother, a guide who can’t read maps, and an African refugee seeking asylum in the US—underlie the distance between anger and compassion. All the Rage received the 2013 Lucille Lortel Award and an Outer Critics Circle nomination for Outstanding Solo Show.

TEXT IN CONTEXT: With A Map of the Soul, Two River will launch Text in Context, a new book club that will be led throughout the season by Literary Manager Anika Chapin. Moran will participate in a discussion of his memoir, The Tricky Part, on Sunday, November 10, at 5 PM in Two River’s Mastrobuono Library.

GUEST SPEAKERS: Two River Theater will host guest speakers during its scheduled post-play discussions throughout the run of A Map of the Soul. Dr. Christine Hatchard, a clinical psychologist and Assistant Professor at Monmouth University, will speak following the 3 PM performance of The Tricky Part and 7 PM performance of All the Rage on Sunday, November 3, Dr. Hatchard received Monmouth University’s 2011 Martin Luther King, Jr. Unsung Hero award her work on behalf of survivors of abuse. Additional guests will be announced at a later date.

Moran is performing The Tricky Part and All the Rage in repertory for the first time with Two River’s production of A Map of the Soul. As an actor, his Broadway and Off-Broadway performances include Cabaret, Titanic, and John Guare’s Three Kinds of Exile (Atlantic Theater Company). His film and television work includes guest appearances on The Newsroom and The Big C. He wrote the book and lyrics for the 2012 “Inner Voices” solo musical, Borrowed Dust, with composer Joseph Thalken. He is at work on his next book, Analphabet, and is writing a new play as a commission for Two River.

“The Tricky Part and All the Rage are two very personal and ultimately universal plays about redemption, forgiveness, and the challenge of empathy,” says Artistic Director John Dias. “Two River Theater helped Marty develop All the Rage through a series of readings prior to its premiere in New York last season; we are now the first theater in the country to present these two plays as one continuing story. By presenting them in repertory, we are giving our audiences the opportunity to see these two remarkable plays in conversation with each other.”