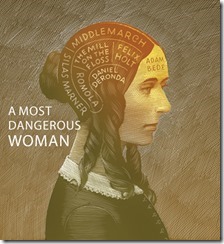 WHEN: September 18 through October 12; Tuesday, Wednesday and Sunday evenings at 7:30 PM; Thursday through Saturday at 8 PM and Saturday and Sunday at 2 PM.
WHERE: The F.M. Kirby Shakespeare Theatre is located at 36 Madison Avenue in Madison (on the campus of Drew University)
TICKETS: $35 to $70; student rush tickets are available 30 minutes prior to curtain for $15.
For tickets or more information, call 973.408.5600 or visit www.ShakespeareNJ.org.
Groups of 10 or more are eligible for discounts. Three-play discount ticket packages are also available.

An outcast, living a socially unconventional life, Mary Ann Evans was forced to write under the assumed name of George Eliot, not only to escape having her work judged by virtue of her gender but to avoid having it judged by virtue of her scandalous life.  Ironically, her success as George Eliot only led her deeper and deeper into a world of secrets and deception.  Eliot’s acclaimed novels include Adam Bede, Middlemarch, The Mill on the Floss and Silas Marner.  (Above: Artwork by Scott McKowen)

“Out of the isolation she suffers—born of her own passion and need—she develops a preternatural insight into hidden and secret lives and the suffering of ordinary men and women, who, dramatically, are as rich and compelling as the kings and queens we find in Shakespeare,” said playwright Cathy Tempelsman.  “She was the most brilliant, fascinating person I had ever read about—her life was entirely modern and unconventional.  I just felt that such a dramatic, controversial life belonged in the theatre.”

On Thursday, September 26th, The Shakespeare Theatre presents the popular education program Know the Show. From 7:00 to 7:30 PM, members of the artistic staff will present a pre-performance talk that provides background information and an insider’s perspective on A Most Dangerous Woman.

General admission to Know the Show is $5 for the general public, $4 for subscribers and ticket package holders. Tickets to that evening’s 8:00 PM performance may be purchased separately.

The 2:00 p.m. performance on Saturday, October 5th will be audio described for those who are blind or have visual impairments.  Audio description enables patrons to hear, through an FM transmitter, a live description of the action on the stage.  A pre-performance sensory seminar is offered that allows patrons to explore props, costumes and set pieces to further enhance their live theatrical experience. The service is offered free of charge.

The acclaimed Shakespeare Theatre of New Jersey is an independent, professional theatre company located on the Drew University campus. One of the leading Shakespeare theatres in the nation, serving 100,000 adults and children annually, it is New Jersey’s largest professional theatre company dedicated solely to Shakespeare’s canon and other world classics. Through its distinguished productions and education programs, the company strives to illuminate the universal and lasting relevance of the classics for contemporary audiences.