Premiere Stages is proud to announce its 2013 season, featuring an expanded lineup of award-winning premieres by emerging and established playwrights, theatre performances for young audiences, captivating summer camps for middle-school and high-school students, and collaborations with like-minded organizations, both on and off campus. 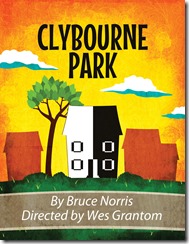 Inspired by Lorraine Hansberry’s A Raisin in the Sun and directed by Wes Grantom, this New Jersey Premiere is an exceptionally witty and deliciously dry satire that explores the reactions of Clybourne Park’s 1950s all-white community when a couple unknowingly sells their house to a black family. The tables of gentrification turn when—fifty years later—the now all-black community greets the news of an impending sale to a white family with the same level of apprehension. For further details, please call 908.737.4092. 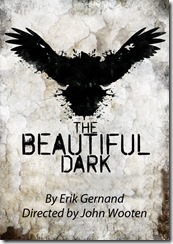 The Beautiful Dark provides a thought-provoking account of a topic that haunts the American psyche. A woman's life is turned upside down when she suspects that her teenage son may be planning an attack on a school. Is her son capable of the unthinkable? And if she’s wrong, will she ruin any chance he has at a normal life? “Gun violence is a politically charged issue that has divided America,” stated John Wooten, Producing Artistic Director of Premiere Stages, who is directing the production. “But Erik’s play is apolitical and points no fingers. Rather, it is an incisive, moving story of a modern mother’s ultimate dilemma.” The Beautiful Dark will be performed as a full production.

Premiere Stages is proud to partner with the New Jersey State Firefighters Mutual Benevolent Association for this production.

The Sandy Ground Project:
Where Angels Play
WHEN: Sunday, September 15, beginning with a pre-show reception at Kean University’s Human Rights Institute at 1 PM. The performance is scheduled for 3 PM, and will be followed by a champagne reception.
A portion of the proceeds from this event will benefit The Sandy Ground Project. For more information, please call 908-737-4092.
www.TheSandyGroundProject.org)

Inspired by the senseless violence in Newtown, Connecticut, and in an effort to restore the storm-ravaged East Coast after Hurricane Sandy, The Sandy Ground Project: Where Angels Play seeks to build 26 playgrounds as living memorials to all children who have been victims of violence while creating safe, fun places for children to be children.

Patrons who purchase a ticket before July 1 will receive $5 off each standard or senior ticket for Clybourne Park or The Beautiful Dark, and $15 off if they purchase tickets to both productions. 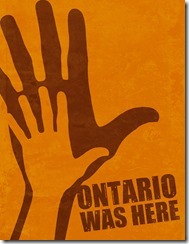 As part of its commitment to regional playwrights, Premiere Stages will also present Darren Canady’s Ontario Was Here, directed by Jade King Carroll, as part of a week-long workshop in which the audience will play an active role in the development process. The play, runner-up for the 2013 Play Festival, will be presented to the public as an interactive staged reading.

In this thought-provoking new work, two bright social workers, Nathan and Penni, give their all for the children they serve, determined to make a difference. When a case blurs the lines between romance, work, and friendship, their dreams of changing the world are put to the test. The readings include post-show discussions with the playwright and audience. Admission is free. “Ontario is a warm, moving piece that explores the complexities of race and class in the American social safety net,” explains Premiere’s resident Dramaturg, Clare Drobot. “We are excited to support the play’s development and aid Darren as he delves into these enigmatic and often unheralded issues.”

PLAY FACTORY PERFORMANCE SERIES
This summer, Premiere Stages will again collaborate with other professional theatres to offer dynamic theatre programming exclusively for young people. Premiere’s annual Play Factory Performance Series provides an enjoyable and accessible summer arts experience for children and their families, with performances open to the public as well as school and camp groups. On July 17, Premiere will present Yates Musical Theatre’s The Wizard of Oz, a vibrant adaptation of L. Frank Baum’s treasured classic in which Dorothy travels over the rainbow and follows the fabled yellow-brick road. On July 24, Premiere will present Pushcart Players’ Happily Ever After, based on the beloved fairy tale Cinderella. Featuring hip original music, zany contemporary humor, and sparkling visual surprises, this legendary story speaks to everyone in search of their own “happily ever after.” Both performances will take place at 10 AM in Kean University’s Wilkins Theatre, and will be followed by a post-show discussion with the artists. For more information, please call 908.737.4077.

Camp Premiere is dedicated to fostering a creative and nurturing environment for young theatre artists of all experience levels, and both sessions will culminate in a public showcase performance. Tuition is $295, and limited scholarships are available; preference is given to Union County residents. Registration forms are available on the Premiere Stages website: www.kean.edu/premierestages.

Premiere Stages’ 2013 season concludes with a free reading of the 2013/2014 Liberty Live project (November 8 – 10). In partnership with Discover Jersey Arts and the New Jersey Historical Commission’s NJ 350 Initiative, Premiere Stages is proud to announce that the focus of the 2013/2014 Liberty Live project will be The 350th Anniversary of New Jersey. Liberty Live is a biannual commissioning partnership with the Liberty Hall Museum that features the production of a new play that celebrates New Jersey history, tours of the Museum, interactive displays, workshops for children and talk-backs with local historians. Proposals for plays will be accepted from New Jersey playwrights from now until June 15. To receive submission guidelines, please e-mail pfsubmit@kean.edu. More details on the project are available by calling 908.737.4092.