WHEN: Saturday, June 1, 7 PM to Midnight
WHERE: Liberty Hall Museum, 1003 Morris Ave., Union
ADMISSION: $55.00 per person
Reservations are required.
Guests must be at least 21 years of age to attend, and will only be admitted if they use the correct secret password, given over the phone at the time of reservation.

Days before F. Scott Fitzgerald’s iconic novel, The Great Gatsby, is slated to make its triumphant return to the silver screen, Liberty Hall Museum has announced it will kick off its summer season with a stylish Prohibition-era speakeasy. 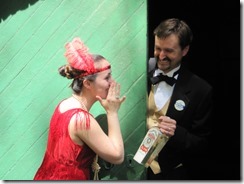 On  Liberty Hall Museum invites guests to step back into a time when jazz raged, bathtub gin flowed, and Charleston-crazed flappers danced the night away behind locked doors at J.K’s Speakeasy. This one-of-a-kind evening will include 1920s-themed cocktails, craps and roulette tables, period dancing, and delectable handcrafted hors d’oeuvres. Live music will be provided by acclaimed jazz musicians, The Recessionals Jazz Band. Based in New York City, The Recessionals have toured extensively up and down the East Coast; their many credits include performances at The Blue Note, Boston Swing Central, and Louis Armstrong’s home in Corona, Queens. Guests are strongly encouraged to don vintage or reproduction period attire, as prizes will be awarded for the best dressed lady and gentleman in attendance. 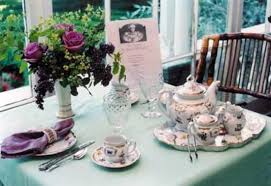 AFTERNOON TEA
WHEN: second and fourth Wednesday of each month from 2 to 4 PM
ADMISSION: $40.00 per person, and reservations are required.
Select upcoming dates include teas celebrating Flag Day (June 12) and the advent of the traditional wedding season (June 26); Liberty Hall’s Memorial Day Tea (scheduled for May 22) is currently sold out.

STORYBOOKS & SCONES: A CHILDREN’S AFTERNOON TEA
WHEN: Saturday, June 22 from 1 PM to 3 PM
ADMISSION: $25.00 per person, and reservations are required. The first 15 children to sign up will receive a free V.I.P. bag from Liberty Hall.

On the heels of last month’s overwhelmingly successful Girls of Liberty Hall Tea and Fashion Show, Liberty Hall will also offer another tea exclusively for children. Storybooks and Scones: A Children’s Afternoon Tea will feature delicious teatime treats served on real china, games and prizes. Children are encouraged to bring their favorite storybook to share, and a play tent will be available for children to dress up as various storybook characters.

Liberty Hall Museum at Kean University chronicles more than 240 years of American history. The museum also houses extensive collections of furniture, ceramics, textiles, toys and tools owned by seven generations of the Livingston and Kean families. The Firehouse Museum, built in 2004, houses three antique fire engines, including a rare 1911 American LaFrance Metropolitan Steam Engine. Tours of Liberty Hall run Monday - Saturday from 10 a.m. to 4 p.m. on the hour; the last tour departs at 3 p.m. General admission is $10 for adults, $8 for Kean alumni, and $6 for children and seniors. Kean students and faculty are free.