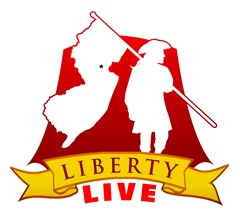 WHAT: Proposals for new one-act plays about the 350th Anniversary of New Jersey—part of the statewide NJ 350 Initiative
WHEN: due June 15; selection made by August 15


Premiere Stages, the professional theatre in residence at Kean University, is committed to supporting emerging playwrights through the development and production of new plays. Under the umbrella of the Premiere Stages Play Festival, Premiere produces a biannual commissioning program for New Jersey playwrights entitled Liberty Live.

Liberty Live is a unique new partnership with the Liberty Hall Museum that features a production of a new play that celebrates New Jersey history, tours of the Museum, interactive displays, workshops for children and talk-backs with local historians. 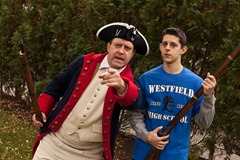 Liberty Live was launched in 2012 and focused on the township of Westfield. The New Jersey Historical Commission said of the inaugural project: “This engaging public program combines scholarly review with the power of the theatre to attract and engage audiences. This project could be an excellent model for similar projects.” The play, entitled Talking to Westfield, was written by award-wining playwright, EM Lewis. The Westfield Leader said in its review of Talking to Westfield: "The delightful, informative play is the perfect length for a young audience... a memorable night of history and entertainment.” (Above right: Sam Kitchin and Nick Piacente in Premiere Stages' 2012 production of Talking to Westfield by New Jersey playwright EM Lewis.)

The success of the inaugural Liberty Live project has made it a permanent part of Premiere Stages programming.  “We are extremely pleased to expand our new play development programs to include Liberty Live,” said John Wooten, producing artistic director of Premiere Stages.  “The project empowers local dramatists to create compelling plays about how New Jersey has evolved.  And Liberty Hall Museum is the perfect partner to help bring these stories to life.”