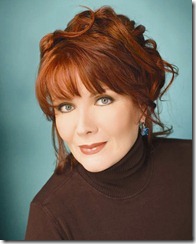 CARRY IT ON
FEATURING HER POWERFUL INTERPRETATIONS OF THE SONGS OF HER GENERATION — MUSIC BY THE BEATLES, BOB DYLAN, CAROLE KING AND MORE
Co-conceived and written by Philip Himberg and Maureen McGovern
Directed by Philip Himberg
Arrangements and music direction are by Jeffrey Harris

Before Play: Jeffrey Harris, Maureen McGovern’s longtime accompanist and music director, will speak about their collaboration in Two River’s popular Before Play series, a free lecture that takes place in the lobby before every performance in the Rechnitz Theater. Before Play starts 45 minutes prior to each performance and is sponsored by Zager Fuchs, PC.

Post-Play Conversations: Discussions hosted by an artistic staff member will take place on the following dates: Wednesdays, April 11, at 7 PM and April 18, at 1 PM, and Sunday, April 15, at 3 PM.

The one-woman biographical musical, which will include new material for this production, is co-conceived and written by Philip Himberg and McGovern, and directed by Himberg, Producing Artistic Director of the Sundance Institute Theatre Program

In a career spanning 40 years, legendary pop vocalist Maureen McGovern has been hailed as the “Stradivarius Voice” and acclaimed for her concerts and Oscar-winning/Gold records, as well as her theatrical performances on Broadway. In her musical memoir, Carry It On, she brings her story to life with extraordinary interpretations of the songs of her generation—music by the Beatles, Bob Dylan, Carole King, Joni Mitchell, James Taylor, and many others. In addition to powerful renditions of iconic songs that influenced her on the way to her first big hit, “The Morning After,” Carry It On includes McGovern’s humorous and life-affirming personal reflections on her life and events that shaped the country. (Photo by Deborah Feingold)

Carry It On was originally produced as a theatrical companion piece to McGovern’s 2008 album, A Long and Winding Road (PS Classics), which has been praised by The New York Times as “...a captivating musical scrapbook from the 1960s to the early ’70s.” This production includes newly added material.

“I am thrilled to have one of my own personal favorite singers on the Two River stage,” says Artistic Director John Dias. “Maureen McGovern is a legendary pop singer and Broadway star, and simply a wonderful performer. In this show, she tells us about her own life, using the music of her generation—songs that are now considered the second half of the Great American Songbook. Guided by the brilliant director Philip Himberg, the show is a special kind of theater experience.”