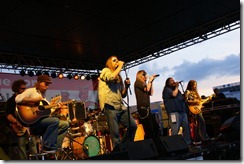 Marrakesh Express, the premiere Crosby, Stills, Nash and Young tribute, do not just imitate the beloved band, but they embody the spirit of the group and of the 1960’s. Upholding the integrity of CSNY’s music and backed by a rocking band, Marrakesh Express performs realistic and expressive renditions of CSNY’s most recognizable songs including Judy Blue Eyes, Teach Your Children and Love the One You’re With, as well as a few of their own original works.

The band has played everywhere from theatres and fairs to performing arts centers and music festivals. They even got the privilege of headlining the Woodstock 40th Anniversary Tribute Concert.

Founded in 1924 as Sussex County’s premier entertainment venue, The Newton Theatre presents a wide range of programs that entertain, enrich and educate the diverse population of the region and enhance the economic vitality of Northern New Jersey. More information on The Newton Theatre may be found by calling 973.383.3700 or by visiting its website at www.TheNewtonTheatre.com.